New Skills For The Next Generation Of Journalists 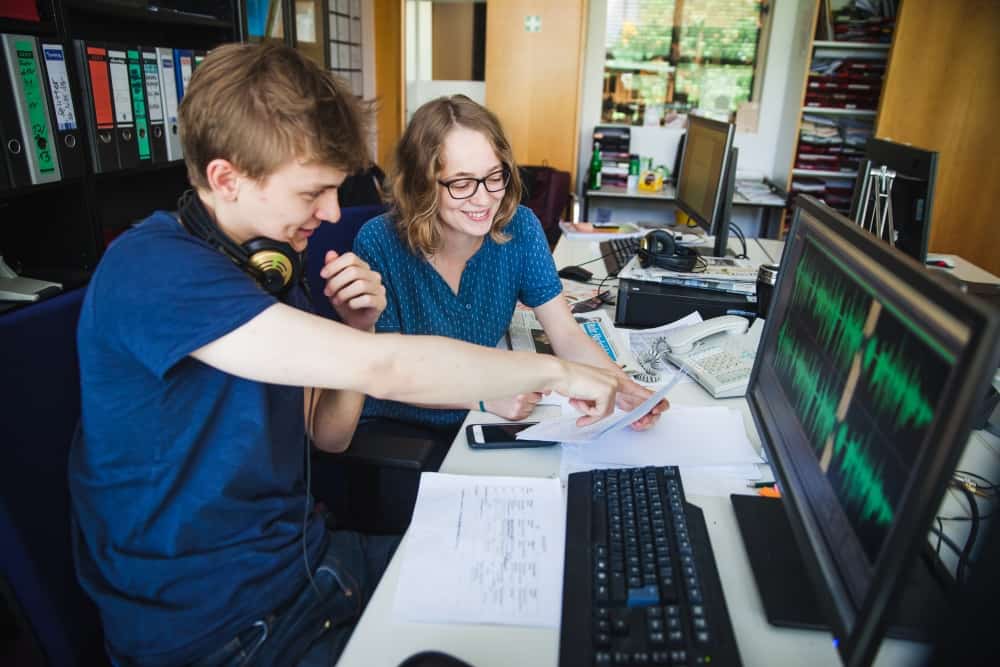 Before we share some of our findings, it makes sense to offer a brief definition of these concepts.

Many interesting stories hide in data sets. These stories would never come to light without knowledge in coding, data analysis and statistics. Furthermore, the use of data by journalists can strengthen journalistic objectivity and can help to hold governments to account more effectively. The Open Data Movement contributes to this by helping to make big data sets publicly accessible.

Collaborations between journalists and between media organisations gain importance, especially for those concerned with investigative journalism. Collaboration allows them to join resources and expertise to investigate issues of public relevance, for example in the fields of politics, business and crime – both at a pan-national and a cross-border level.

Traditional business models do not work any longer in the digital media world. To maintain quality journalism, new business models must be developed and existing ones like paid content, micropayments and crowdfunding must be refined. Media companies must rethink their strategies and journalists who are able to think in an entrepreneurial way are increasingly in demand.

Journalists are faced with several issues which create new ethical challenges in the digital age, such as the spread of disinformation. Once speed becomes more important than accuracy, major mistakes can occur. At the same time, the verification of information has become more important than ever.

To determine how these four fields are taught in academic journalism education in Germany, Hungary, Portugal and Romania, we analysed the curricula of six selected journalism programmes at public and private universities and universities of applied sciences in each country. Furthermore, we conducted interviews with 25 academic journalism educators and 21 leading journalists from the four countries between February and May 2018.

Data Journalism In The Curricula

Collaborative Journalism In The Curricula

The Nova University of Lisbon in Portugal has been part of a collaborative project called Repórteres em Construção (Reporters in Construction), where journalism students from several Portuguese universities produce investigative reporting for a website and a radio show on Rádio Renascença.

In Germany, Portugal and Romania some programmes also use the format of lectures to introduce forms of collaboration in journalism and to discuss case studies. Students learn how collaborative journalistic projects are organised and which difficulties can occur.

New Business Models In The Curricula

Almost all analysed study programmes in the four countries offer courses in media economics. New business models, however, are seldom in the focus. Only in Germany, almost all programmes included questions on the financial future of journalism into their curricula and offer students to learn about or discuss new business models. However, the journalism and communication studies programme at the University of Hamburg does not offer courses on this topic. Head of studies Michael Brüggemann justifies this approach by saying: “We believe that the difference between newsrooms and publishing companies is reasonable as it provides for journalistic professionalism: journalists should not have to worry about how to finance journalism. Developing business models should be in the hands of media managers.”

In Portugal, the ISCTE-University Institute of Lisbon and the University Autónoma of Lisbon offer specific courses on business models, and in Romania, there is a course at the University of Bucharest which prepares students to think about media companies’ financial challenges and new possibilities. In the analysed study programmes in Hungary, new business models is not a topic which receives much attention; only Budapest Metropolitan University teaches a personal branding course for future freelance journalists.

New Ethical Challenges In The Curricula

All analysed institutions in Germany, Hungary, Portugal and Romania offer general courses in media ethics and try to integrate the new challenges such as the handling of disinformation. While the study programmes in Germany, Portugal and Romania offer specific ethics courses for journalists, this is not always the case in Hungary. The interviewed Hungarian journalists also believe that issues of journalism ethics have been neglected in journalism education as well as in everyday working life. Gergely Dudás, former editor-in-chief of Index.hu and founder of Politis.hu, emphasised that journalists in Hungary do not accept the work of accountability mechanisms, like press councils, and consider it a waste of time to deal with complaints about unethical practices.

In Romania and Portugal ethics play a rather minor role for practising journalists. Journalism professor Gabriel Hasmațuchi from the Lucian Blaga University of Sibiu said: “Students told us that when they were hired, people in the media advised them to forget all the rubbish that they learned in journalism school, to forget ethics.” His Portuguese colleague António Granado from the Nova University believes that journalism graduates in Portugal do not apply their acquired knowledge about ethics in their job as a journalist.

However, in the other three countries under study, it is also quite difficult for universities to offer specific courses in the four studied areas. The interviewed respondents stressed that they are often constrained by a lack of resources which would be necessary to afford an up-to-date technical equipment and adequately trained teaching staff. This is especially true for the field of data journalism. As most academic staff are not experienced in data journalism, universities need to hire practising data journalists as guest lecturers. Many, however, do not have the funds for this. Other obstacles to innovations in the curricula are resistant supervisors or colleagues who do not see the need for any transformation.

The interviewed journalism educators and journalists in all four countries agreed that the on-going digitalisation has been posing challenges to journalism on many levels, but that “old” skills like critical thinking, good writing or verifying information will continue to be important. However, they emphasise that in addition, today’s journalists must master new technology-related skills like data journalism or editing multimedia content.

The respondents stressed that there is no need to follow every media trend in journalism education. Teachers should not try to include every new development in the industry but focus on core competencies. Many of the respondents stated that not every journalist needs to be able to code, but that it is important to have some understanding for it and to be able to collaborate for example with computer scientists.

The research report “New Skills for the Next Generation of Journalists” is available for download here.

The project team consists of journalism and media scholars from the University of Pécs (Hungary), the Erich Brost Institute for International Journalism (Germany), the ISCTE–University Institute of Lisbon (Portugal) and the University of Bucharest (Romania) which are also all part of the European Journalism Observatory. The research report is the result of the first phase of the project “New Skills for the Next Generation of Journalists”, funded by Erasmus+. The project is embedded in the action type “Strategic partnerships for higher education” and will run for three years until August 2020. Based on the results of our study we will develop teaching materials for the aforementioned four fields. These courses will then be delivered at the participating universities and institutes as a pilot teaching activity. All educational materials produced by the project will be made openly and freely accessible through open licenses via the project’s website http://newsreel.pte.hu/ in English.

Tina Bettels-Schwabbauer is the editor of the German EJO website. She studied online journalism at the University of Applied Sciences in Darmstadt, Germany. After her studies she worked as an online editor for a retail industry newspaper in Germany, then moved to Australia for three years where she lectured in Media Studies at the University of Adelaide. From 2010 to 2014 she researched and lectured at the Erich Brost Institute for International Journalism and the Institute for Journalism at TU Dortmund University. During this time she was also editing the German portal of the EJO website. During 2014 and 2015 Tina managed a journalism education programme for High School students at a German political foundation. In September 2015 she returned to EJO. Her research interests include cross-border journalism, international media systems, journalism cultures and journalism education, the latter with a focus on CEE countries which is also the topic of her PhD project.
» Digital News, Ethics and Quality, Recent, Research, Research, Specialist Journalism » New Skills For The Next Generation...