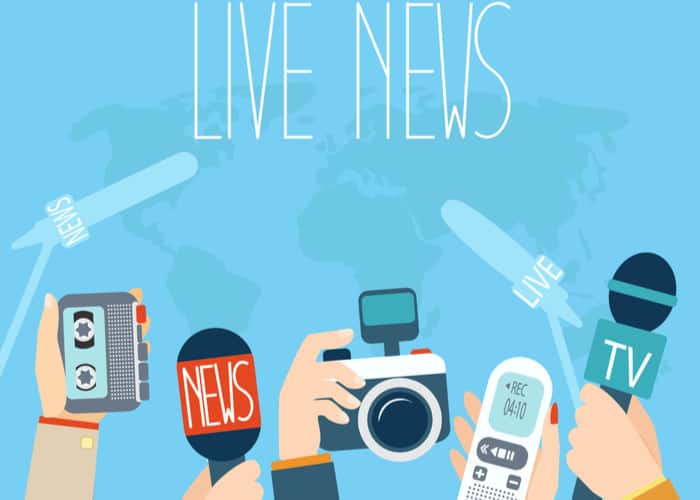 Journalism continues to struggle around the world at a time when holding power to account and providing accurate facts are more important than ever.

The good news is that enabling journalism to uphold its role as democracy’s watchdog does not have to be prohibitively costly or impossible. This could be achieved worldwide for less than one billion USD per year, according to estimates highlighted in Saving Journalism 2: Global Strategies and a Look at Investigative Journalism, by Anya Schiffrin, Hannah Clifford, and Theodora Dame Adjin-Tettey.

This insightful report follows up on research Schiffrin published a year ago with Hannah Clifford and Kylie Tumiatti – Saving Journalism: A Vision for the Post-Covid World – which offered a comprehensive overview of strategies deployed to support quality journalism around the world.

In the new report, based on extensive interviews with media experts and practitioners, the authors examine how these interventions, grouped into four broad categories – more funding, including through philanthropy; new business models; tax on tech companies; and public subsidies – have evolved in the past year.

Citing Reuters Institute Digital News Report 2021, the report points out that trust in media rose in many parts of the world, as did audiences. Overall, however, print media continued to see a fall in advertising and subscription revenue, with a few exceptions like The Guardian, The New York Times, and The Atlantic.

In Africa, calls are rising for large-scale philanthropy to shore up traditional outlets, which have suffered steep drops in advertising revenues. Globally, digital startups, which rely primarily on philanthropy rather than advertising, were less affected.

The authors point out that while philanthropy offers a lifeline to many financially challenged media organisations, in some circumstances it comes with potential biases and the risk that outlets become too dependent on these entities.

There are donors that are looking for new business models, but the large investments needed to develop media outlets, particularly those conducting investigative journalisms in countries where media freedom is challenged, are rarely available.

As a result, the report states, startups are often left with two main options: finding a niche and building a team that focuses on marketing and business as well as journalism or scoring global scoops – like the International Consortium of Investigative Journalism (ICIJ). Since it first published the Panama Papers in 2016 with input from 300 reporters and 80 media outlets around the world, the ICIJ has expanded significantly, revealing more global corruption in 2021 with the publication of the Pandora Papers, which was produced by 600 journalists in 117 countries.

Facing growing pressure to account for their oversized influence, tech giants may use philanthropic support for media outlets worldwide as an effective PR strategy. In examining their role, Saving Journalism 2 highlights the introduction of Australia’s News Media Bargaining Code in February 2021 as an important development that forces tech giants to negotiate with media organisations and pay for news on their platforms. While many consider the Code flawed and favour larger media companies over smaller outlets, it is redirecting resources from big tech to media companies. Other countries are considering similar moves.

Since a large share of advertising revenues has permanently migrated to tech companies, taxing them and earmarking some of these revenues to support quality reporting is seen by many as a better solution than direct donations from Big Tech that could compromise journalism’s integrity. A tax on online advertising, it is believed, could fund free, civic-minded journalism.

The report also highlights the need for government engagement through tax credits and other subsidies and forms of support. This has gained ground in the US and elsewhere as a means of sustaining quality journalism.

Examples around the world show that such policies can be shaped to protect media independence from government interference. During the pandemic, several governments stepped in to bolster media organisations: France and Canada expanded existing tax credits while Indonesia and Tunisia introduced new ones. In May 2021, the US Congress introduced the Future of Local News Act, which, if passed, would support research on the dire state of local news in the US and recommend possible policy solutions.

A work in progress

A year after the publication of the first report, enthusiasm for systemic solutions to sustain journalism has not abated and there was progress in 2021. The authors note that donors and sponsors of media independence and quality journalism are pragmatically supporting policies and initiatives that appear politically feasible, but better donor coordination is still needed. They also highlight continued tensions between the needs of established outlets and digital startups.

Identifying what works best to sustain independent media remains a work in progress, but 2021 saw the publication of interesting new research. The Forum on Information and Democracy, for example, called for a New Deal for journalism that would guarantee 0.1 % of GDP to support quality journalism and combine several approaches to amplify their impact.

In a year that saw stellar reporting on the pandemic, the withdrawal from Afghanistan, and the role of Facebook, the authors of Saving Journalism 2 detect a significant shift towards an understanding of journalism as a public good that requires support from governments, as well as donors, to fulfil its vital function.

If you liked this story, you may also be interested in: EJO interview: Why European media outlets should collaborate to create new online platforms

Nicole Pope is a Swiss journalist and writer based in Berlin. She worked in Turkey for more than 25 years and contributed to numerous publications, serving for 15 years as the Turkey correspondent for French Daily Newspaper Le Monde.
» Business Models, Media Economics, Recent » New report puts a price tag...