Why Trump might likely win: Attention economics, the spiral of silence, and fan culture 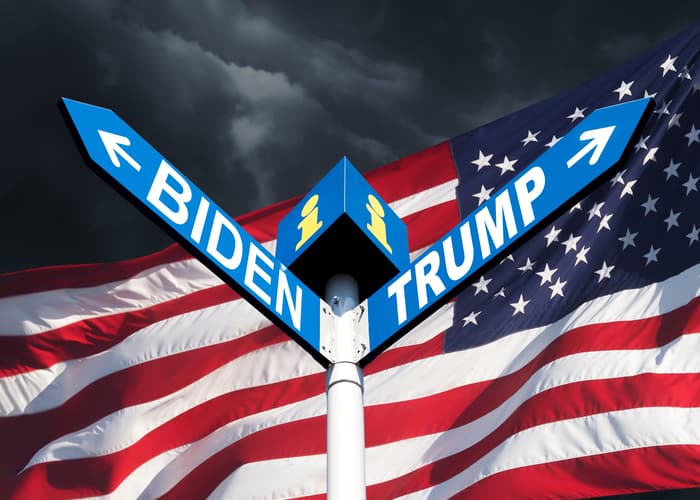 Will Donald Trump or Joe Biden emerge victorious in the upcoming US election? I’m no fortune-teller, I’m a researcher, so I wouldn’t want to offer a premature verdict – despite all existing demoscopic forecasts. But there are indications that Biden’s ascent to presidency is nowhere near certain, even though opinion pollsters and many journalists have been predicting a Democratic win, much like they did four years ago.

Trump’s omnipresence in the media speaks for itself. Journalists have helped him achieve this status by disseminating his absurd tweets. While usually meant as a mocking gesture, this has been generating attention and a constant and free visibility for the President. In fact, if Trump had to pay for his own fake news and provocations in the form of commercials, he and his campaign managers would have gone bankrupt long ago.

According to a recent article in the Columbia Journalism Review, in the last election, Trump managed to secure an estimated two billion dollars’ worth of airtime and free advertising with the help of a small campaign budget and his ‘entertaining’ qualities.

Furthermore, the Washington Post has now recorded over 20,000 false or misleading statements made by Trump during his first term in office. The media has dutifully helped to spread them, and the public has grown accustomed to witnessing Trump’s reality TV play out each day on their screens. This is not only on the arch-conservative news channel FOX, but also on MSNBC, CNN and many other channels operating in the opposing camp.

This corroborates an argument recently made by film scholar Vinzenz Hediger in the Frankfurter Allgemeine Zeitung, that Trump was “first and foremost a media figure who draws fans to himself in a way that makes him immune to a scrutiny of the discrepancy between his public image and his track record”. His supporters, they argue, “should not be understood primarily as conventional voters who rationally consider their own interests when evaluating a politician’s political agenda, but rather as fans who see him as some sort of star”.

The question to ask now is whether it is at all possible under such conditions to win an election when you’re as invisible a figure as Joe Biden. Especially when your game plan is to hang back in hope that your opponent expels himself from the race, in a country as vast and marked by stark divisions as the US. Two other scholarly insights suggest that such a course of action would not prove fruitful. Neither are particularly contemporary, though both are valid.

As early as the 1980s, communications researcher Elisabeth Noelle-Neumann drew attention to the “silent majority,” who kept their real views and opinions a secret from pollsters, for fear of social ostracism. Noelle-Neumann reported that the silent majority felt intimidated by the eloquent bastions of published opinion. And the fact is that nowadays, many media professionals no longer see themselves as guardians of the ‘Grail’, which is the unbiased search for truth.

Instead – and this includes the upper echelons of The New York Times and the Washington Post – they behave more like activists fighting for what philosopher and communist leader Antonio Gramsci described as a “cultural hegemony”. Their modus operandi is to give the impression that they represent the ‘truth’, which is determined by the majority. Those who do not agree with this ‘truth’ enter a ‘spiral of silence’ in which the genuine opinions of the majority are concealed. This concept accounts for why election forecasts so often diverge from actual results by more than the usual three percent error rate in surveys.

The attention economy and the modern-day vanity fair

Another insight that is relevant to this discussion comes from the Viennese social researcher and “The Economy of Attention” author Georg Franck, whose new book “Vanity Fairs” examines the social media platforms that ordinary people engage with every day. That is, Instagram, TikTok, YouTube and Facebook. At the apex of these worlds are the “influencers” – i.e. notorious self-promoters. It is rather astonishing how often such figures succeed in transforming their media presence and celebrity status into an income or even votes. Donald Trump is probably the world’s most successful and visible of them all – as boorish, uneducated and unscrupulous as he may seem to many.

Scholars are not only trying to explain the Trump phenomenon, but they have also become more involved than ever in the current presidential campaign. Even the most respected scientific journals took a stand. For the first time in its 175-year history, Scientific American issued an endorsement. Nature followed suit, and the New England Journal of Medicine took a firm stance against Donald Trump in editorials.

Furthermore, four weeks ago, some seventy political and media researchers approached journalists with recommendations on what they should and should not do when reporting on the election. The guidance from the Election Coverage and Democracy Network is laudable, because researchers have been pointing out shortcomings in how the media has handled election campaigns for years. Though their important advice is usually forgotten before the next election.

These researchers remind us of the influence the media and journalists can have, especially when it comes to swing voters deciding in close election results. One piece of advice that is particularly relevant for journalists is to ignore statements that are unsubstantiated. Frankly speaking, that perhaps refers mostly to Trump’s tweets.

Journalists are also advised to refrain from treating their election coverage like a ‘horserace’. This approach, the researchers say, does not provide useful information to voters, but rather could confuse and demobilise them. The fact is that forecasting that treat elections like ‘neck-to-neck’ races are not particularly valid because the error rate in polls ranges between plus or minus three percent.

Linked to this is the seemingly common practice among journalists to withhold insider knowledge from their audiences, partly because they believe not doing so could ruin a supposedly ‘good story’. This is unnerving. It makes us worry about the state of American democracy. It is therefore concerning that only three pages of the scholar’s guidelines deal with how to handle the final phase of the election campaign, and in particular “attempts to undermine the election”. A further eight pages are devoted to what journalists should do if the election results are called into question if it is unclear if a candidate does not admit defeat, and if civil unrest breaks out after the election.

Let’s just hope that newsrooms do not have to refer to some of these parts of the researcher’s recommendations. It is strange, however, that journalists in particular have underestimated the impact and power of Trump’s permanent media presence. Aside from COVID-19, no other subject matter has enjoyed the media omnipresence that Trump has. We should not be surprised if this is reflected in the election results.

“Game over” is the title of a new book by Americanist Tobias Endler, who is clever enough not to directly name Trump. Though his book’s title and subtitles refer to his presidency only as an episode in the process of the West’s disintegration. Based on this assessment, it might make little difference whether Trump is re-elected or not.

An earlier version of this article was published in German by the Austrian weekly Die Furche on October 29.

European Journalism Observatory co-founder and until 2018 Professor of Journalism and Media Management at the Università della Svizzera Italiana in Lugano. Frequent contributor to Neue Zürcher Zeitung (NZZ) and Der Tagesspiegel (Berlin), as well as to the specialist publications Schweizer Journalist and Der österreichische Journalist.
» Media and Politics, Recent » Why Trump might likely win: Attention...