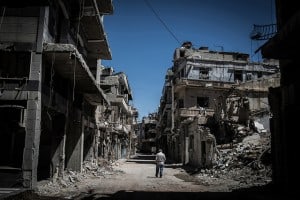 Journalists and civilians have been kidnapped in Homs. The city has been destroyed by heavy fighting.

The risks taken by journalists attempting to report dangerous conflicts are clear. Yet, despite evidence that journalists are increasingly being targeted by kidnappers, many are still unprepared for the threat. Reporters and news organisations are making themselves more vulnerable because they lack foresight and planning, a new study finds.

More than 100 journalists have been kidnapped in Syria since the start of the confict in 2011. Of these at least two Americans, James Foley and Steven Sotloff, are known to have been murdered by Islamic militants. At least 25 – including many Syrians, an American, a Japanese and three Spanish journalists – are still missing.

The complex organisational issues surrounding the capture or kidnapping of journalists in conflict areas is explored in The Kidnapping of Journalists: Reporting from High-Risk Conflict Zones authored by this writer and Hannah Storm, of the International News Safety Institute.

Most news organisations are unprepared for the possibility of kidnapping, according to our research. Many have not trained their staff in conflict zone safety and capture avoidance. Media that do offer training to their employees rarely provide similar training for their freelancers, although there is increasing pressure by leading news firms and journalist organisations for that to occur. The majority of media firms do not have crisis plans in place that include the organisational response to kidnappings.

Kidnappings present significant logistical and organisational challenges.  The often remote locations and the hostility of parties involved often limits the abilities of news organisations, journalist associations, and public authorities to respond to and deal with abductions. 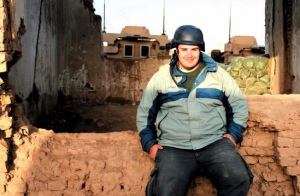 Kidnappings also involve multiple, sometimes competing interests. For example, a hostage’s family might be desperate to generate publicity, yet security experts and government advisors often advise against it for fear of escalating kidnappers’ demands.

Not surprisingly, media organisations tend to report on journalist kidnappings differently. They may encourage a media blackout, or attempt to communicate directly with the kidnappers. Such moves, of course, raise significant ethical concerns.

It is clear is that news enterprises need to work to prevent kidnappings and prepare for how they will react with an immediate cohesive response should they occur. Company guidelines about what to do in event of a kidnapping, who will be responsible for handling tasks, and what resources will be available and how to access them need to be in place. 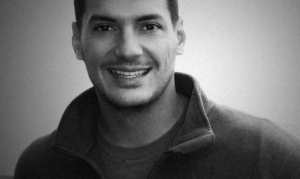 Past kidnappings show that media firms need to be prepared for lengthy and sustained activity in the event one of their own is kidnapped, and that clear strategies and processes should be in place to guide the reaction, respond to demands, determine the veracity of information and claims, and prepare for the possibility of payments for information and ransom.

Journalists are vulnerable because they are often physically present in hostile locations in which civil authority is absent, rule of law is lacking, and human rights disregarded. Although attention is often focused on Syria and Iraq, kidnappings occur throughout the world with alarming frequency.

Kidnappings of western journalists usually receive higher international coverage, but they are not the only targets. Hundreds of other people from around the world are also being held hostage particularly in Syria, Iraq, the Middle East, Latin America, and Asia.

No news enterprise or journalist can ever be fully prepared for the personal, financial, and organisational toll created by a kidnapping. Understanding the phenomenon and preparing for the possibility, however, can help reduce the risks of kidnapping and speed and smooth a news organisation’s response should one occur.

Professor Robert G Picard is a specialist on media economics and government media policies. He was formerly based in the Media Management and Transformation Center at Jönköping International Business School in Sweden where he was Director of the Center and Hamrin Professor of Media Economics.He is the author and editor of 28 books, and has been editor of the Journal of Media Business Studies and the Journal of Media Economics.Robert is the Reuters Institute North American Representative and directs projects across the main RISJ research areas examining changes in the business of journalism, the practice of journalism and journalism and accountability.
» Media and Politics, Newsroom Management » Kidnapping Journalists: News Organisations Are Unprepared