A Third Path for Journalists? 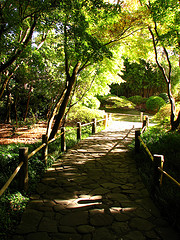 She’s searching for a “third road”  to finance journalism, as the current private business solution of financing newsrooms with advertising revenue no longer seems to work. Hence, she suggests a transformation for journalism  – similar to that taken on by medical doctors and lawyers – into a state of professional, collegial self-organization.  Given journalism’s relevance for democracy, she suggests that the state should become responsible for “the reorganization of journalism, including its funding.” The “journalist” would become a “protected denomination of a profession, which is bound at theoretical and practical training curricula and respective exams” – similar to the profession’s status in Italy, where, however, such state exams have not helped improve journalistic quality. Public financing should, according to Kiefer, allow “journalism the autonomous production of its  service in the public interest.”

Contrary to Kiefer’s assumption, researchers at the Reuters Institute for the Study of Journalism at the University of Oxford are not sure Europe will feel the effects of a journalism crisis similar to the one currently plaguing the U.S.  “It is premature to announce the death of the newspaper, of television, and certainly of commercial news organisations more widely,” summarize David A.L. Levy and Rasmus Kleis Nielsen, who analze the effects of changing business models in their most recent book.  The authors observe vastly different scenarios for the development of media in various European countries, the U.S., Brazil and India. “In fact, many American commercial legacy news oganizations seem to be facing a more serious crisis than their counterparts elsewhere, and it is by no means certain that this is simply a precursor for things to come around the world. The United States may well be more of an exception and less of a forerunner than is sometimes assumed in discussions of international media developments.”

This is an exciting perspective. Certainly part of the crisis of American journalism is homemade. It has been – as Michael Schudson (Columbia University) points out in his contribution about the U.S. – also a consequence of U.S. casino capitalism.  Many investors, expecting a continuous flow of high profits, contracted heavy debts at the wrong moment in order to buy up newspapers.

In another contribution dedicated to the newspaper crisis in Germany, Frank Esser and Michael Brüggemann (Universität Zürich) are, on top, questioning Kiefer’s basic assumption about the indispensability of professional journalism for democracy. According to them, “democracy requires publishers or journalists only to the extent that their presence is necessary to sustain an informed, unrestrained, and stimulated public sphere.” At many places in the world they see “a public sphere evolving without professional journalists” – another rather courageous statement, perhaps requiring additional empirical support.

Let us, however, return to the suffering of quality media, in particular national newspapers. Another new book, edited by Swiss media researchers Roger Blum, Heinz Bonfadelli, Kurt Imhof and Otfried Jarren, draws attention to the “lighthouses of public communication.” In his contribution, media economist Lars Rinsdorf (Hochschule der Medien, Stuttgart) argues for better marketing and brand management of media companies, corresponding with distinct demands for quality standards which need to be maintained. To sustain quality media, it should be profitable to invest in newsrooms where resources and structures enable newsroom enhancement and the opportunity to engage in public debates. In order to keep from filing such ideas under “wishful thinking,” media companies must find ways to receive such resources from their publics. Thus, a public debate about the future of journalism may be required – a discourse which has been neglected by the mass media thus far. If it were to take place at an adequate social level, the subsidies Kiefer demands could become superfluous.  Aside from an exuberantly growing public broadcasting sector, there is certainly no need for a new caste behind a publicly financed “firewall,” whose members’ income would be secured by taxpayers. So far, according to Ringsdorf,  most quality media outlets have found such protection under the roof of large media conglomerates.  “This is why they resemble five-star cooks: Only large hotels can afford to adorn themselves with their art,” he says.

European Journalism Observatory co-founder and until 2018 Professor of Journalism and Media Management at the Università della Svizzera Italiana in Lugano. Frequent contributor to Neue Zürcher Zeitung (NZZ) and Der Tagesspiegel (Berlin), as well as to the specialist publications Schweizer Journalist and Der österreichische Journalist.
» Media Economics » A Third Path for Journalists?