The EU, its Neighbours and the Journalism Revolution 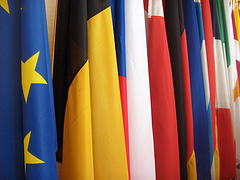 Among many others, one of the challenges faced by post-revolutionary countries concerns journalism and the media.

A free, pluralistic, and responsible media is a prerequisite for a functioning democracy, and requires, in turn, a base of qualified contributors – professional journalists and citizen stakeholders alike. Yet to achieve this is anything but simple.

At the recent Brussels conference Media Futures – Policy, Politics and Power, organised by the European Neighbourhood Journalism Network (ENJN), it was Polish journalist and civil rights activist Konstanty Gebert who drove this point home most emphatically. He warned that the transition to a free and democratic media system may be almost as difficult for revolutionaries themselves as it usually turns out to be for the former mouthpieces of defunct authoritarian regimes.

“We all have lived in countries which had official journalism that looked like the real thing, the way a stuffed bird might look like a real bird – except it can’t fly,” Gebert said. Irrespective of their individual degree of guilt and depth of involvement, journalists who used to serve the old system typically cannot simply flip a switch and instantly, if ever, provide appropriate coverage under the new auspices. Still, many of them tend to keep their jobs at least for a while, either due to the inertia of existing publishing outlets, or because their know-how remains essential to keep news organisations running at all.

At the same time, the proponents of political change – i.e., the victors of the revolution – need to adapt fundamentally to the new situation as well, lest they all too quickly forfeit the legitimacy and credibility they earned hard in their time as underground activists. They must avoid succumbing to self-righteousness and patronising, while being careful not to let the rush of newly found liberties get to their heads either.
Gebert spoke from experience. After in 1989 the Solidarność movement had successfully toppled the communist regime in Poland, formerly underground journalists learned that they had to scrutinise their own friends, who now ran for government office, just as closely as they used to investigate the communists. Readers actually protested when Gazeta Wyborcza (literally the Electoral Gazette, which had emerged from Solidarność) started backing specific candidates – fed up with being told what to think, the audience craved for impartial information and analysis.

And yet, post-communist Poland benefited massively from the extensive network of clandestine opposition media that had existed in the country under the old regime. “The only thing we in the underground had going for us was credibility”, said Gebert. “If the government caught us lying just once, if they could prove that underground press was not telling the truth, our credibility would be in tatters… We learned the hard way the principles of professional journalism.”

Other countries in a similar situation – Gebert quoted the example of Romania, but the Arab Spring region comes to mind, too – do not necessarily have this kind of a self-trained, seasoned, and quasi-professional journalistic workforce to fall back on. Such a deficit makes it all the more difficult to launch a free media system and to thoroughly reform the ways of journalism. Political value judgements aside, even the most well-intentioned incumbent reporters may find it tough to adapt to new ways of thinking and working.

This is, of course, not a specific problem of journalism. Just think of how outdated industries tend to stick stubbornly to their accustomed business practices until abandoning them for good has become glaringly unavoidable. However, once it comes to state-building, the issue is more serious than where it is merely about the continued existence of some business sector. In the words of Konstanty Gebert: “It’s not democratic institutions that create democracy, it’s democrats. It’s not a formally free media system that ensures that you get free media, it’s independent professional journalists.”

It appears that some insight from such first-hand experience has managed to trickle into the European Union’s institutions. Under the neighbourhood policy budget for the next years, a portion of funding is specifically earmarked for actions to raise awareness of journalism ethics, media independence, and good working practices in the entire region, but with particular emphasis on the Maghreb – certainly not an easy task. While the EU and its private contractors (such as the ENJN organisers) must take the utmost care not to patronise aspiring or experienced journalists, there remains the challenge to stimulate an intrinsic change of attitude in media actors who may not even realise their need to develop a new perspective (including, possibly, their take on citizen journalism and social media).

The European Union has all the prerequisites to achieve this, as long as it manages to translate its own experience into action wisely. Over the current financial woes, it is easily forgotten that the very foundations of the EU lie in first overcoming the seemingly insurmountable enmity between European states after the Second World War, and later in the integration of post-communist Eastern Europe, rocky though actual progress in some cases may be. The many specific flaws aside, Europe is visionary and, overall, magnificently successful in this respect.

The EU’s history can thus become a highly credible source of inspiration for countries now going through post-revolutionary and post-war transitions. As Dagmar Hovestädt, spokesperson of the German Federal Commissioner for the Stasi Archives, emphasised, the best – if not only – way to achieve this may be to openly share best and worst practice and then to work out with the appropriate representatives of the countries concerned what lessons can be learned and how they can be applied to their situation.

It is precisely the EU’s own domestic track record that also provides the rationale for insisting on peace-building and reconciliation between conflicting countries, no matter what. Arab participants at the conference asked, for instance, how Israel could be included in the programme, and a few journalists even refused to be in the same room with their Israeli colleagues. However, building on the tradition of the European integration process, EU policy may actually be at its best where it is inclusive by default.

In his speech at the conference, Štefan Füle, the European Commissioner for Enlargement and European Neighbourhood Policy (ENP), acknowledged that for too long the EU had believed long-term stability could be guaranteed by non-democratic regimes, implying that it had given economic and power interests a higher priority than democracy. For the revised ENP, Füle pledged a new commitment to civil society, freedom, and the rule of law. When the ENP was originally launched in 2007, he said referring to the EU’s funding programme for activities in neighbour countries, “we focused on the instrument. This time we have focused more on the endgame.”

Indeed, the ENP is, in principle, based on the blueprint of the seminal Enlargement Policy, but Europe’s trust and credibility in the region have suffered a great deal from ill-conceived political manoeuvring (including cosying up to the late Muammar Gaddafi). By making recourse to the European values in earnest, perhaps the damages can be repaired and the citizens’ respect recovered.

This applies not least to providing appropriate support for journalism and the media, too. Dependable, trust-inspiring news media are indispensable for meaningful and sustainable political reform in the neighbourhood countries, yet will remain extremely precarious for years, if not decades, to come. Still, to quote Konstanty Gebert again: “Somebody who has witnessed 1989 no longer has the right to be a pessimist… If we made it, you can!”

This article was originally published on on Eric Karstens’ blog and on the website of the EJC. Please note that the author Eric Karstens is involved in the ENJN project as a tender writer for the EJC.

» Ethics and Quality, Press Freedom » The EU, its Neighbours and the...