How To Be An Ethical Journalist In 2017 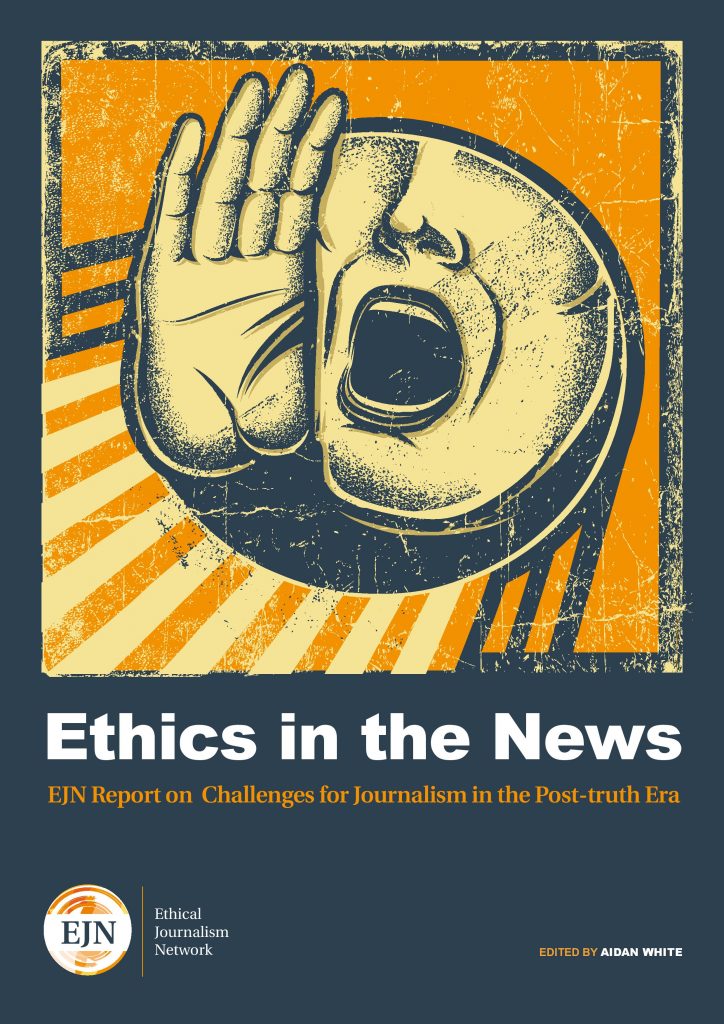 Journalists must work harder in 2017 to report fairly and accurately and to protect sources, according to a new report by the Ethical Journalism Network (EJN), published today.

Ethics in the News, Challenges for Journalism in the Post-Truth Era, highlights the problems faced by journalists working at a time when it “appears the public around the world are falling out with facts, humanity and accountable truth-telling”.

The report argues that journalism has rarely faced such sustained political and commercial pressure. It offers journalists practical tips on how to stick to the facts, protect sources, report fairly on migration, identify hate speech, block fake news and guard against war-mongering and propaganda.

In his introduction to the report, Aidan White, director of the EJN, writes that journalism is facing a “crisis”. As well as the rise of racism, misinformation and political propaganda around the reporting of the US presidential campaign and the EU referendum in the UK, White describes the government crackdown on the free press in Turkey, the reporting in Pakistan of so-called “honour killings”, the increasing use of hate speech in Asian media, and war-mongering journalism in India and Pakistan.

Yet he believes there is hope. “Many observers inside media are not overly optimistic about the future, but although there may be more rumour, speculation, fake-news and misinformation as the information market moves online, there is a growing movement to strengthen the craft of journalism.

“Indeed, in every part of the world, even where megaphone politics is in power, journalists committed to the values of accuracy, humanity and transparency are doing good work, connecting with audiences and sometimes putting themselves at risk in the process. Public trust will only return when people have confidence that powerful institutions – government, the state, corporate power – are accountable and listening to their concerns.”

Truth-telling and ethics are the key to open democracy, according to White. He highlighted the 2016 Panama Papers investigation, a collaboration of 400 journalists in 80 countries, as an example of powerful journalism.

EJN tips on how to recognise and report fake news:

Use fact-checking web sites. Most reputable media already double-check everything that arrives in their inboxes but now freelance journalists and small-scale media can get help from a rapidly-expanding community of online fact-checkers. Sites such as factcheck.org in the United States or the UK’s fullfact.org, for instance.

Watch out for websites with odd names. Strange domain names or sites that end in “.com.co” for instance are often fake versions of real news sources.

Check the “About Us” box on the website. Worry if there isn’t one and check the provider with Wikipedia.

Beware of stories not being reported elsewhere. A shocking, outrageous or surprising event will have another source. If it doesn’t, be suspicious.

Be wary if there is no attribution for an author or source. That’s sometimes justified, but should be explained and, if not, don’t trust it.

Check the date. One favourite trick of news fakers is to repackage old stories. They may have been accurate but used out of time and out of context they may become malicious falsehoods.

Finally, remember that there’s such a thing as satire. Not all fakery is malicious. It can even be entertaining and may come from reputable sources of journalism. Private Eye, Britain’s leading satirical news magazine, for instance, has done some great fact-based investigative journalism alongside occasionally amusing spoof editorial content, but found itself on a list of “fake-news” sites circulated when the misinformation panic set in after the Trump election.

Caroline Lees is the Head of Communications at the Reuters Institute for the Study of Journalism. She is the former editor of the European Journalism Observatory’s English language site. She is a British journalist and has worked for The Sunday Times, London, for seven years including time spent in Delhi as South Asia Correspondent and as a news reporter and arts correspondent. She has also worked as foreign editor and assistant editor of The Scotsman, and for the Economist and Telegraph Media Group.
» Ethics and Quality, Media and Politics, Recent » How To Be An Ethical Journalist...