The Story Of Investigative Journalism In Africa 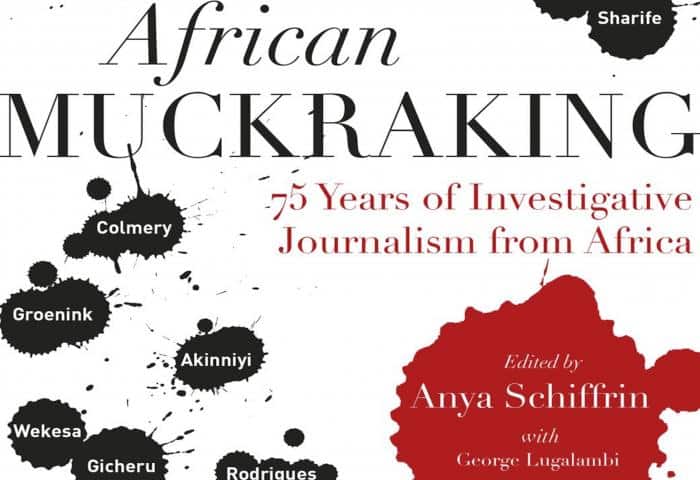 “African journalists are well aware of the power of their trade. When officials try to pay them off with stuffed brown envelopes, when police officers harass them, when thugs intimidate them – all these things happen because the media still has the inherent ability to disrupt the status quo and challenge vested interests.” 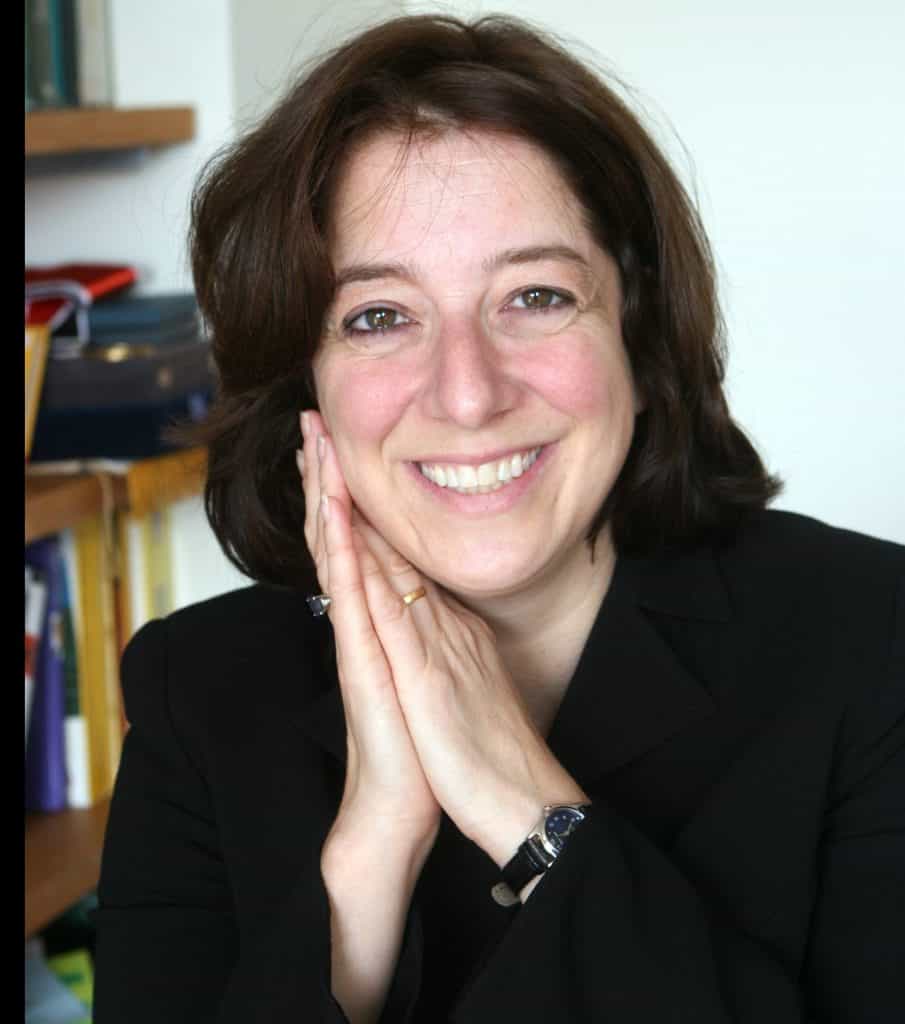 “African Muckracking – 75 Years of Investigative Journalism in Africa” documents the history of modern Africa, highlighting labor abuses, police brutality, women’s rights, the struggle for democracy and independence as well as mining and human rights issues through a selected number of investigative reports.

The book includes pieces by some big names; African journalists whose stories achieved a significant effect in their home countries: Mozambique journalist Carlos Cardoso and Angolan writer Rafael Marques, for instance, who reported on corruption and brutality, or Drum’s investigative reporter Henry Nxumalo who went undercover in South Africa to write about labor conditions on the notorious potato farms of Bethal.

In an interview with the European Journalism Observatory, Schiffrin reveals the hard preparation stages of the book, discusses the current situation of African Muckrackers and some of her current plans to support African reporters.

EJO: Why did you decide to explore investigative journalism in Africa in particular? Was there a lack of literature on this topic?

Schiffrin: After releasing the ‘“Global Muckracking’” book, people started working on different versions and one of our contributors from New Zealand did  a New Zealand version. Then, Anton Harber from Wits University in South Africa suggested that we also should work on an African Muckracking book. But he started a new job and couldn’t proceed with the book, while I thought it was a really good idea.

People don’t know about the stories from Africans since we tend to westernise media and journalism studies. The main reason behind my enthusiasm to release this book was to fill the gap as no one has ever done a book like this before and there was not any similar collection of investigative reports. I hope it will be used by young African journalists and  universities in Africa and around the world.

EJO: In your book, you mention that you tried to dispel the assumptions held by the “Global North“ that good investigative journalism doesn’t originate in Africa. What are the reasons that such assumptions exist in the first place?

Schiffrin: In the West or even everywhere in the world, people assume that investigative reporting started in the West and that the first muckrakers were Americans. The book tries to show how journalists in other countries have also done it well. In terms of quality, I think that people primarily trust journalism from their own countries. We also have big global brands like CNN, the BBC and the New York Times that people rely on to get international news. Even if the world is globalised, many aspects of journalism are not. People are still relying on local reporters. Hiring African journalists is the only way of representing Africans in journalism.

EJO: How were the 41 investigative reports collected and classified into categories?

Schiffrin: Actually, I used different methods for the selection, and I had many criteria in mind. I really wanted stories that were done by Africans and wanted to achieve diversity to represent many African countries. I also wanted the stories to be interesting for an outside audience and wanted to make sure that we include the most important African writers. However, we encountered some difficulties as the archives in Africa are not very good. You can find people who just say our library will be closed for one year or so. I had a researcher in New York who went to libraries to find some articles and books so we had to do some “lab work” as well.

Schiffrin: It was a very challenging book to work on and it took me two years. I kept trying to contact different people and I emailed about 200 or 300 people to ask them to contribute to the book and many of them didn’t answer.

Others said they couldn’t think of old stories or couldn’t name the most important ones. Therefore, I contacted many historians that had to read all of these papers as part of their research, and it worked better. I also had to change my standards a little bit by broadening the definition of what African journalism is and I was able to get more people involved.

However, when I contacted people to contribute, some of them kept saying that the best story about their country had been written by a British or an American journalist but I didn’t want that. I insisted on searching for the important stories written by Africans.

EJO: In your opinion, what are the main barriers that African investigative journalists face nowadays. What hinders their stories from reaching a broader audience?

Schiffrin: The reasons why so few African journalists do investigative journalism are  a lack of training, funding, and of a business model, pressures from governments, pressures from businesses or editors or even self-censorship. The reason that stories don’t spread is that many Western or Northern media usually rely on their correspondents, and there is not much coverage about Africa.

EJO: In your introductory chapter, you highlighted the role of human rights groups in supporting African muckrakers when they are prosecuted. Can you talk more about this and provide some examples?

Schiffrin: Because of the declining business model of journalism, we are seeing more reporting that is funded by foundations and non-profit organisations. For instance, there is a lot of environmental reporting these days, or reporting done by organisation like Human Rights Watch. It‘s an area that is definitely growing.

The book highlights how throughout history there always were such links between NGOs and journalists. One example is the reporting on slavery and trafficking in the Congo. Another example is Henry David, the British reporter who received money from NGOs to write about human rights. Matthew Powers at the University of Washington has written a lot about the role of human rights organisations in supporting African journalism. 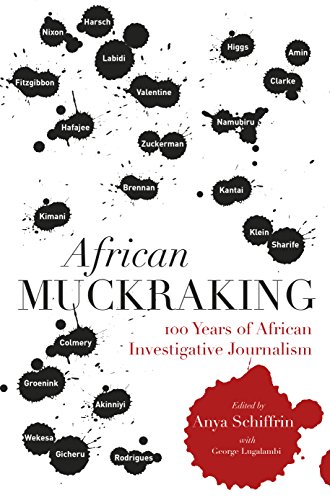 EJO: Let’s move to the fight for democracy in African countries. How do investigative journalists combine activism and values of balance and fairness in their reporting?

Schiffrin: Many African journalists are comfortable being advocates, they aim to make their society better, and writing about health or corruption issues helps them achieve this goal. You will also find foundations which believe that journalism should change the world, and they fund reporting that strives to make the world a better place. We have also historically seen many cases when African journalists took enormous risks to expose police and military brutality. What is notable about the book is to show how many of them were killed in that struggle or put in jail and how they were very brave in doing their work.

EJO: However, the situation was different in the case of reporting on mining. As the book mentions, stories about government officials and ribbon cutting dominated the coverage and journalists were taken on formal trips to see the official story for many years. The voices of people affected by the mining operations weren’t included. Has investigative reporting improved in this context?

Schiffrin: Many things have changed. For many years, I have been involved in the Natural Resources Governance Institute and helped them to plan training programmes around Africa. Their work has been incredibly good as they worked with many African journalists to help them write about the oil, mining and gas industry, and the training really paid off. Another factor is the evolution of social media and visual technologies that enables reporters to find and reach new sources and disseminate their own stories.

Major projects like the Panama Papers were good too, because they helped train African journalists to work on real stories. Yet, it is an ongoing challenge. In Nigeria, for example, there are a lot of journalists who write about corruption, but corruption still exists. Informing the public cannot do everything, but it is an important part of the answer in addressing such issues.

EJO: From your point of view, what are the most remarkable investigative pieces in the book?

Schiffrin: One of the most incredible pieces is about the Ugandan journalist Sheila Kawamara whose husband was in the military. When she saw the Rwandan genocide, she went home and told her editor that many African newspapers didn’t have the money to have foreign correspondents. She persuaded him to go back to Rwanda to be an African voice.

Another interesting story is about an African cameraman and news photographer called Mohamed Amin, who did so much work on the Ethiopian Famine. His stories reached a global audience. For the book, we interviewed his son Salim Amin and wrote a piece about his father’s work in Ethiopia

EJO: Do you have any new plans for promoting investigative journalism in Africa?

Schiffrin: I travelled to Tanzania and Kenya this month, as the situation of journalism has been quite difficult there. I hope that being there and talking about African muckraking will remind governments, corporations and even normal people of the value of good journalism. I want to use the book to remind people how important investigative journalism is and how many journalists are under attack in the world.

You might also be interested in When News Stories are “Too Big and Too Important” to Investigate Alone and Working With Whistleblowers In The Digital Age: New Guidelines.

Rana Khaled Arafat is a PhD student in media and journalism at the University of Lugano, Switzerland. She is also an Assistant Lecturer at the Faculty of Language and Communication at the Arab Academy in Cairo. She holds a master's degree in international journalism from Cairo University.
» Recent, Research, Specialist Journalism » The Story Of Investigative Journalism In...