Interested But Not Engaged – How European Media Cover Brexit 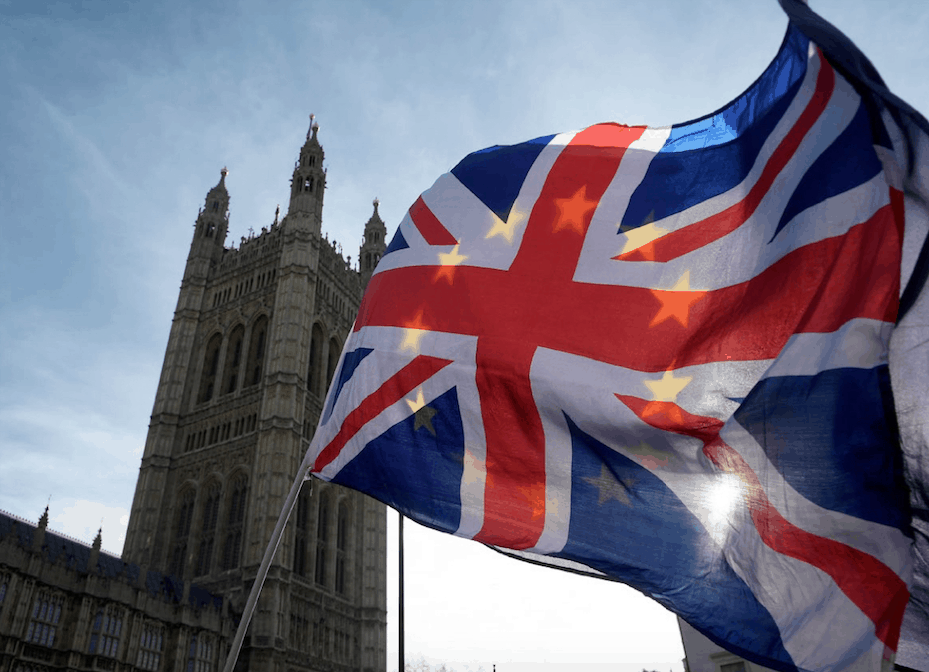 If one believes radical Brexiteers such as Nigel Farage or Jacob Rees-Mogg, Brexit is above all a question of “Them against us”. Europe? Only interested in harming the United Kingdom. The European press? A bunch of biased journalists and media houses trying, together with the EU, to create negative sentiment against the British as a punishment for their decision to leave the block. European outlets are often cast as part of an elite project opposing the “will of the people”.

Just as many other statements from Brexit supporters, these prejudices should be treated with caution. Particularly as regards the alleged biased attitude of the European media against the United Kingdom and Brexit, new research comes to the opposite conclusion.

In our new study for the Reuters Institute for the Study of Journalism, we found that outlets in eight European countries reported on Brexit and the negotiations mostly in one way: neutral and fact-based – something that cannot necessarily be said of the coverage of some of the UK’s major newspapers. 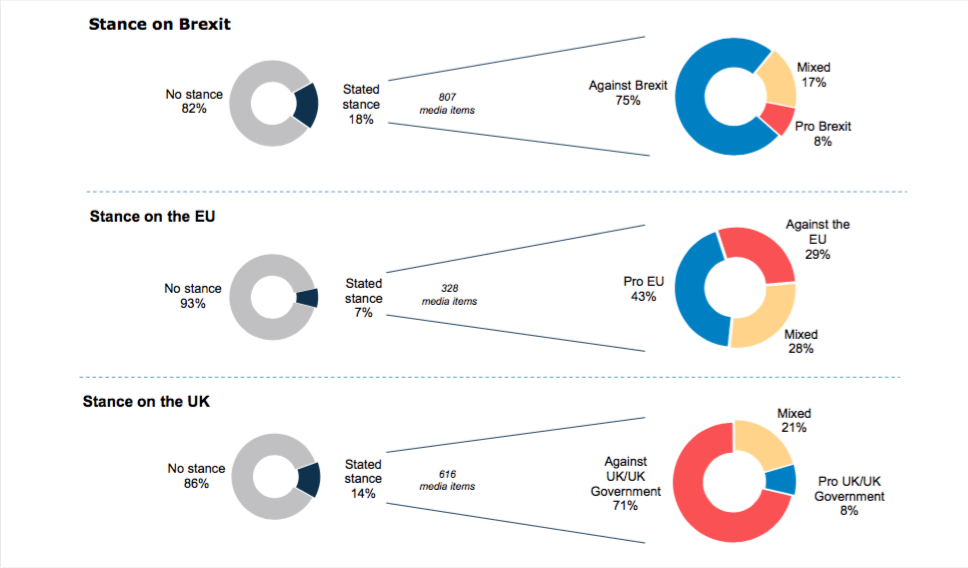 Another difference is not only a more objective attitude, but also the way in which the consequences of Brexit were discussed in the rest of Europe. Europe’s media seem to be largely unconcerned about the consequences of Britain’s withdrawal on their own country and the EU. We found that only about one in 10 pieces treated Brexit from a national perspective. If Ireland was excluded, 69 percent of the news mainly dealt with the consequences of Brexit for the British themselves, while only just under one fifth discussed its effects on the European Union. For Diego Bironzo, one of co-authors, the result is clear: “The central narrative in the European press is that Brexit is first and foremost a challenge for the United Kingdom, and only to a lesser extent for the European continent, its institutions and the individual countries”.

What About EU Citizens?

But isn’t this distanced and objective attitude a surprising finding? Should one not expect more excitement, more angry and warning comments about the this decision? Not necessarily. “It may come as a surprise that European media are so unconcerned about the effects of Brexit and remain largely neutral in their coverage,” says Alexandra Borchardt, the lead author of our study. “But it makes sense: reporting on Brexit as it is may be more effective than the strongest comment when it comes to sending a warning to readers.”

One concerning finding of our study, however, is the lack of media interest in the fate of citizens directly affected by Brexit on both sides. “The impact of Brexit on EU citizens’ lives has been given limited space so far in the news. Considering the potentially huge implications, it may be worth for media organisations to reflect on how to ad- dress this,” says Diego Bironzo. Instead, reporting focused mainly on the economy and trade relations between the UK and the EU.

Despite their largely neutral reporting, however, European media could ultimately not entirely resist to express some opinion on Brexit and the negotiations. And once they took a stand – according to our study in about 18 percent of all cases – they made no secret of their opposition to Brexit.

While the full report can be downloaded here, we have summarised some of the main findings below:

Most (and least) reported topics:

Most (and least) quoted politicians: 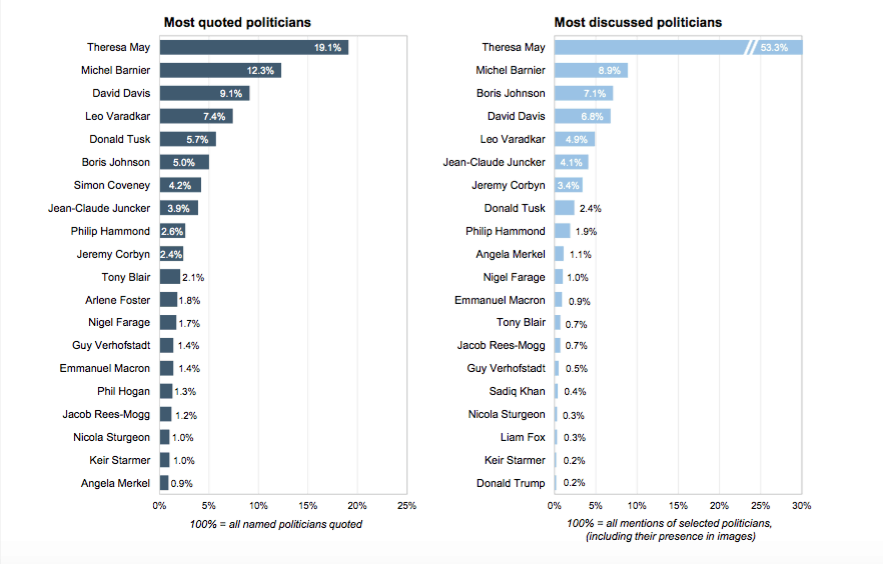 Key findings by country: Who is interested in what? 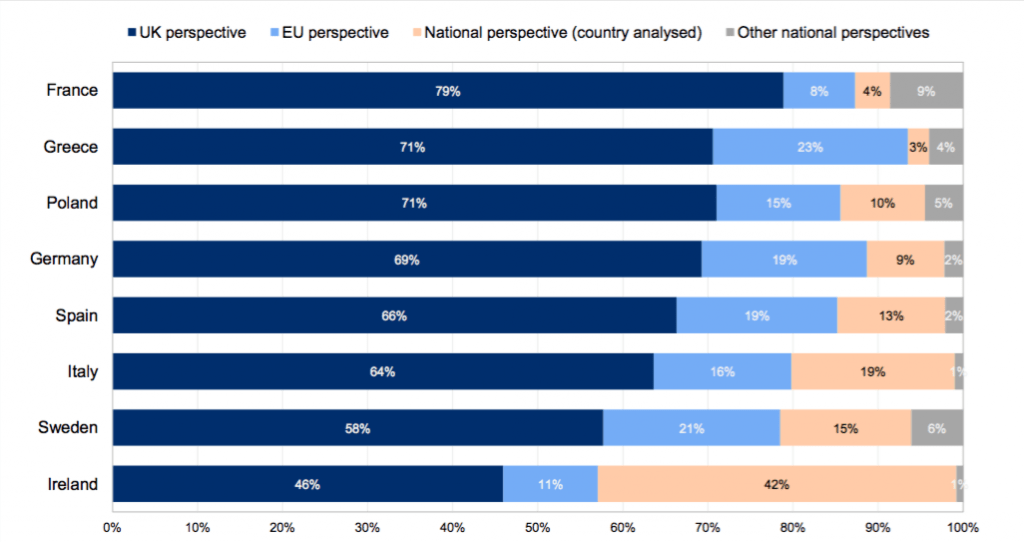 Felix Simon is a journalist and researcher and a graduate of the University of Oxford’s Internet Institute (OII). He is the former acting editor of the European Journalism Observatory and works as a research assistant at the Reuters Institute for the Study of Journalism. His writing on tech, politics, and the media has appeared, amongst others, in the “Frankfurter Allgemeine Zeitung”, “Die Welt” and “Der Freitag”, the Swiss “NZZ” as well as in the “Telegraph” and “The New European”. He has published in journals such as “Journalism Studies” and “Transformative Works and Cultures”. His research focuses on political communication in the digital age, big data in politics and the entertainment industry, as well as the changing nature of journalism and the media in the 21st century. He also takes a side interest in populism and the future of disinformation. He tweets under @_FelixSimon_.
» Research » Interested But Not Engaged – How...