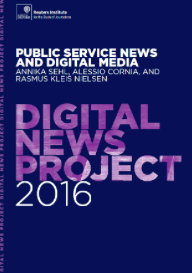 Most European public service media services are failing to adapt to the digital environment and are in danger of losing touch with their audiences, according to a new report.

The study reveals that while some public service news organisations, notably the BBC in the UK and Yle in Finland, have invested heavily and are navigating the challenges brought by digital media with sophistication, others are struggling to adapt.

The analysis is based on interviews conducted between December 2015 and February 2016, primarily with senior managers and editors, as well as on survey data from the Reuters Institute for the Study of Journalism (RISJ) Digital News Report.

The report reveals the following:

Significantly more people get news online from social media, such as Facebook, than from public service media in most (four of the six) countries studied. The exceptions are Finland and the UK. 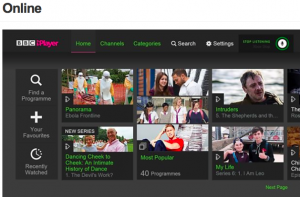 The BBC in the UK is reaching audiences online

What are the ideal conditions for a public service broadcaster to flourish?

Dr Annika Sehl, lead author of the report, said Yle and the BBC shared several common traits that contributed to their success. These could be divided into internal and external conditions.

“Looking at external conditions, both [Yle and BBC] operate in technologically advanced media markets, are comparatively well funded, are integrated and centrally organised across various platforms.” Sehl added that both organisations are insulated from political influence, in comparison to other public service organisations.

Internally, Yle and the BBC also share: “a pro-digital culture where new media are seen as opportunities, as well as strong senior management and editorial leaders who are publically committed to driving change in line with a constantly evolving media landscape,” Sehl said..

Responses from public service news organisations to changing technology have historically been reactive, defensive and pragmatic, the report claims.  It concludes that unless public service media organisations prioritise digital media, mobile platforms, and social distribution, they risk losing touch with their audience – the public they exist to serve and which funds them.

Dr Rasmus Kleis Nielsen, RISJ Director of Research and the report’s co-author, said “The media environment continues to change at a faster pace than public service media do. Most public service media are falling behind and are losing touch especially with younger audiences. To remain relevant and reach a wide and diverse audience, they need to be able to adapt much more quickly than they have in the past as digital media continues to evolve.”

Caroline Lees is the Head of Communications at the Reuters Institute for the Study of Journalism. She is the former editor of the European Journalism Observatory’s English language site. She is a British journalist and has worked for The Sunday Times, London, for seven years including time spent in Delhi as South Asia Correspondent and as a news reporter and arts correspondent. She has also worked as foreign editor and assistant editor of The Scotsman, and for the Economist and Telegraph Media Group.
» Digital News, Research » Can Public Service News Organisations Stay...