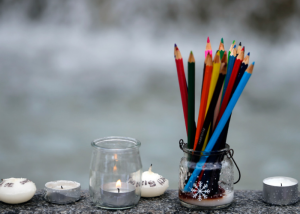 The job of a journalist has become increasingly dangerous and freedom of expression, although enshrined in major international human rights instruments, should never be taken for granted. This applies not only in repressive regimes, but also in western democracies, according to Christophe Deloire, Secretary General of Reporters Without Borders.

Speaking at the launch of the Defence Handbook for Journalists and Bloggers in London this week, Deloire said that around 160 bloggers and nearly the same number of journalists are currently imprisoned because of their work.

These statistics, as well as individual stories of journalists such as Mazen Darwish, a Syrian reporter who has been detained for more than two years, and Raef Badawi, a Saudi blogger sentenced to 10 years and 1000 lashes, mean that freedom of expression must always be vigorously “advocated, promoted and defended,” Deloire said.

“One of the ways to support journalists is by providing them with relevant legal information regarding the exercise of freedom of information, to empower them with knowledge of their rights,” Deloire explained.

The Defence Handbook, published by the Thomson Reuters Foundation and conceived by Reporters Without Borders, aims to help protect journalists and writers from threats, harassment, intimidation and imprisonment, even from death, by informing them of freedom of information principles in international law.

Containing chapters on defamation and reputation, the right to privacy, public order and morality and national security and state secrets, the handbook is free to download and was written with the help of more than 70 lawyers worldwide. The lawyers,  from international law firm Paul Hastings, donated their time to the project.

“The terrible Charlie Hebdo attacks in Paris, and horrific murders by Islamic State are what we remember most, but the reality is that they job of a journalist has become increasingly dangerous for a whole set of reasons,” Monique Villa, CEO of Thomson Reuters Foundation, said.

Panellists, including Jodie Ginsberg, CEO of Index on Censorship, Owen Bennett-Jones of the BBC, William Bourdon, a French lawyer specialising in human rights and Sylvie Kauffmann, editorial director of Le Monde, discussed current issues around free speech.  While Bourdon argued that free speech should be exercised with some level of personal responsibility, so as not to offend cultures or religions, others said that this would lead to confusion. “What people find offensive varies enormously, so it becomes a blurred line, this is why it is vital to protect the right to free speech,” said Sylvie Kauffman.

Ginsberg said it was important to clarify the laws. “Journalists often do not know what they can, or can’t say.

“This uncertainty leads to fear and fear leads to self-censorship,” Ginsberg added. “We see many organisations that do not write about Islam for fear of attack.”

Ginsberg said the handbook would be useful to freelancers, as well as media organisations. “Freelance journalists desperately need support,” she said.

Ginsberg said the Index on Censorship’s Mapping Media Freedom project demonstrated that even European journalists are uncertain of their legal rights and are often as at risk of threats and intimidation as those in repressive regimes. “We have not won the freedom of expression battle, even in democracies,” she said.

Caroline Lees is the Head of Communications at the Reuters Institute for the Study of Journalism. She is the former editor of the European Journalism Observatory’s English language site. She is a British journalist and has worked for The Sunday Times, London, for seven years including time spent in Delhi as South Asia Correspondent and as a news reporter and arts correspondent. She has also worked as foreign editor and assistant editor of The Scotsman, and for the Economist and Telegraph Media Group.
» Press Freedom, Recent » Freedom Of Expression Law For Journalists...