The risky business of environmental journalism 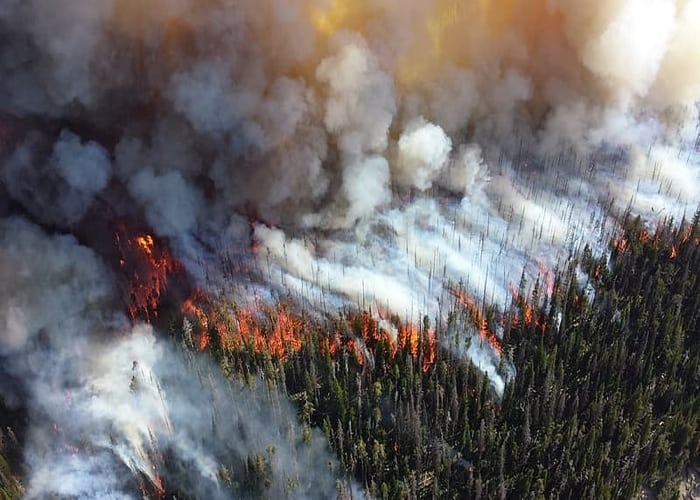 In the last decade, an ever growing number of journalists reporting on environmental issues have been assaulted, imprisoned or killed. The practical and psychological consequences of these attacks are profound.

“In the past, environmental journalism has been narrowly construed to be only about wildlife or pollution,” Parker explains, adding that, over time, the term has taken on a broader meaning.

“The topics those journalists report on now include all of life’s essential resources, such as food, water, air and energy.

“They are environmental, and are also affected by human activity. Without these essential resources, there would be no life on earth. That’s why environmental journalists tell the world’s most important stories.”

But covering the environment can be a dangerous business. At the end of August, Reporters Without Borders (RSF) raised the alarm about the abuses committed against environmental journalists. According to the NGO, at least 20 of them have been killed in the last ten years, while 53 press freedom violations related to this issue have been recorded since 2015. Other sources claim that 40 journalists around the world died between 2005 and September 2016 because of their environmental reporting.

“The number of environmental journalists assaulted or killed has been increasing in the past decade or so,” Freedman told EJO.

Abuses take place everywhere in the world, but, according to RSF, they are particularly common in Asia and America, which account for 66% of the incidents recorded. With four journalists killed and four assaulted, India tops the list, followed by Colombia, Mexico, the Philippines and Myanmar.

Why so much violence?

“Environmental controversies often involve powerful business and economic interests, political battles, criminal activities, anti-government insurgents or corruption,” Freedman explains at the beginning of his study. Journalists who investigate these issues are therefore more likely to be exposed to danger than others in their profession.

In India, for example, almost all cases of abuse are linked to the so-called “sand mafia” – criminal networks that illegally mine sand from riverbeds to sell to the construction sector.

However, not all the perpetrators belong to criminal organisations. “Journalists I have interviewed who have been assaulted, attacked or arrested point to a variety of sponsors: corporations, police, criminals, military forces and angry local residents,” Freedman reveals.

He believes that this increase in violence against environmental journalists is partly due to governments’ “unwillingness and inability to stop and punish the assailants”.

But physical violence is not the only weapon being used to silence journalists. RSF notes that “defamation legislation can often be used to sue or bring criminal proceedings against those who try to expose the truth about the environmental impact of destructive practices by powerful business groups”.

Being detained and taken into custody is the most common press freedom violation facing environmental reporters. In Canada and the United States, for example, dozens of journalists were arrested between 2016 and 2020 while covering protests against the construction of pipelines and a major hydro-electric dam on ancestral lands.

Furthermore, journalists working on environmental issues may be subjected to “ongoing online harassment, particularly trolling and doxing, when they cover issues like climate change,” says Parker.

Such harassment has lasting consequences. In his study, Freedman explores the impact of these attacks against environmental reporters through in-depth interviews with present and former journalists who have been targeted.

“Psychological effects include depression, post-traumatic stress disorder and substance abuse,” he explains. “Professional consequences include loss of jobs or freelance assignments, difficulty concentrating on work and problems with superiors or colleagues.”

Freedman also notes that victims are often reluctant to seek help: “Journalists often think of themselves as macho—regardless of gender—and resilient, able to work under difficult conditions.”

These psychological consequences and the reluctance to get support have also been observed among journalists reporting from war zones, who are also constantly exposed to danger and trauma.

However, the situation is not quite the same. “Unlike environmental journalists, war reporters are much more vulnerable to indiscriminate violence, such as bombing”, Freedman says. “They are not targeted because they are journalists, but because they are in the wrong place at the wrong time. This is also the case for those who cover natural disasters.”

There are training programmes designed to help journalists minimise their risks. Several are offered by the Society of Environmental Journalists, often in collaboration with other organisations.

“Last year, SEJ launched an all-day safety workshop that included practical tips for staying safe in dangerous situations, from wildfires to hurricanes to conflict zones, and a guide to protecting themselves from online harassment. We also provide resources for dealing with trauma,” says Parker.

According to Freedman, such training “may provide some preparation”, but on its own is not enough. “Protection,” he added, “needs deterrence as well, meaning a government commitment to find, prosecute and harshly punish anyone who assaults or kills journalists.”

If you liked this story, you may also be interested in Do European media take climate change seriously enough?

Alberto Silini is a research assistant at the Académie du journalisme et des médias (AJM) at the University of Neuchâtel, Switzerland. He is also the editor of EJO’s French-language site. He has worked as a journalist for Swiss public service media and for several local media outlets.
» Latest stories, Recent, Specialist Journalism » The risky business of environmental journalism