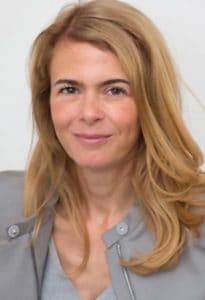 Prof. Dr. Susanne Fengler, born in 1971, has been a professor of international journalism at the University of Dortmund and academic director of the Erich Brost Institute for International Journalism (www.brost.org) since 2008.

From 1996 to 2000 she was a research assistant at the chair for journalism and editorial management at the Free University of Berlin. There, she collaborated at the conception and implementation of the European Journalism Fellowships. From 2001 to 2003 she worked in political communication. From 2004 to 2006 she was Assistant Professor at the Institute of Mass Communication and Media Research (IPMZ) at the University of Zurich, Switzerland. From 2007 to 2008 she was a freelance researcher and visiting lecturer at the Universities of Zurich, Basel, Lucerne, the Swiss Journalism School (MAZ) and the International Institute of Journalism (IIJ). Prof. Dr. Susanne Fengler is head of the MERCUR Graduate School of International and Intercultural Communication and head of the Graduate School Media Assistance in the 21st Century – Applied Research, Improved Practice” (MEDAS-21), funded by VolkswagenStiftung (both together with Prof. Dr. Jens Loenhoff and Prof. Dr. Barbara Thomaß).