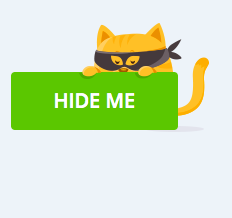 hideme.ru: one of the online ‘anonymizers’ recently blocked in Tajikistan

“The government’s  Communication Service has consistently denied responsibility, blaming the unavailability of the websites on technical problems, but internet providers have reported receiving informal orders from this service to block sites,” a human rights expert, who wishes to remain anonymous, told EJO. “For example, the Finnish-Swedish TeliaSonera telecommunications company, which holds a controlling stake in Tajikistan’s Tcell provider, has publicly acknowledged that it has blocked dozens of websites at the request of the authorities of the country.”

The most recent attempt came last May when, weeks ahead of a national referendum, access to several well-known news websites was blocked. These include the popular ASIA-Plus, Ozodagon (a regional news site often critical of the Tajik government), and Radioi Ozodi (Tajik service of the Prague based Liberty Radio). 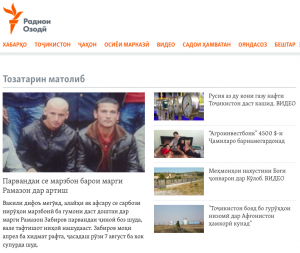 Access to the Radioi Ozodi site has been blocked

The referendum question, which gave the voters the choice of either a “Yes” or “No” answer for all the proposed changes, was deemed undemocratic by observers. The result was predictable: 96% of the voters supported the changes to the constitution proposed by the government. These changes include lifting the time-limit imposed on a president’s term. President Emomali Rakhmon, who has ruled the ex-Soviet Central Asian republic since 1992, has since been given the new lifetime title “Leader of the Nation” and granted lifelong immunity from prosecution.

As part of the same referendum, the minimum age of presidential candidates decreased from 35 to 30. “Analysts suggested that this was to allow Rahmon’s son, Rustam Emomali, 27, who currently heads the government’s anti-corruption agency, to potentially stand for president in 2020,” the Guardian reported in January.

Concern over increasing levels of censorship

Blocking access to the independent and relatively free news media and social media ahead of the referendum came as no surprise to anyone. Tajik netizens have learned to bypass the frequent blockages by using VPN or anonymizing browsers.

What is more unusual and worrying is that some of these news resources and social networks remain blocked long after the referendum, as well as is the government’s latest attempt to block anonymizers. The current list of blocked anonymizers, according to Radio Svoboda (Rissian service of Liberty Radio), includes Chrome’s Browsec, anonimaizer.ru, camelio.ru, noblockme.ru, and hideme.ru.

Although ranked low in terms of press freedom by international media observers, Tajikistan’s print media have enjoyed a relative freedom. A number of independent newspapers have been critical of the government’s actions at times. This has led some of them to court battles, while others faced indirect pressure from various governmental ministries and institutions. The media celebrated a small victory in weeks prior to the referendum, when the Parliament overturned proposed amendments to the media law that would give the Ministry of Culture and the Prosecutor’s office the power to shut down newspapers without a court ruling. The second edition of the amendments signed by the president in May gives courts an exclusive right to do so.

The media situation in Tajikistan remains fragile and vulnerable

“Media outlets in Tajikistan operate in a very difficult environment, in which self-censorship is widespread … Independent journalists have been subjected to intimidation, including online attacks aimed at discrediting them, for example by disclosing information about their private lives,” the human rights expert told EJO. Reporters Without Borders recently condemned the government in Tajikistan for its continuing repression of independent media in the country.

The author of this article is a journalist originally from Tajikistan who did not want to be identified.