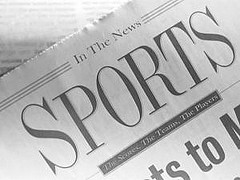 As corruption in university athletic programs continues to grow, so does the “scandal beat.”

In an analysis published in the Columbia Journalism Review this October, reporter Daniel Libit reviews the policies of amateur athletics and the National Collegiate Athletic Association (NCAA), while asking sports journalists, “is the ‘scandal beat’, with its singular focus on busting rule-breakers, paving the way to reform or helping to block the way?”

While the story may have provided fertile ground for enterprising sports reporters eager to relay the indiscretions of a Bible-quoting head coach, Libit chalks it up to another example of herd mentality giving way to poor journalism.

The “scandal beat,” as dubbed by Libit, tends to overlook the mechanics of particular issues in favor of surface or shock-generating reportage, often scrupulously emphasizing rule-breaking. In the case of college athletics, “the result,” according to Libit, “is straightforward coverage of the NCAA and its rules – and the inevitable violations of those rules – rather than coverage that challenges the validity of the rules themselves, and the system that upholds them.”

Sports reporters hunting for scandal often fail to investigate the etiology of problems. In this case, they’ve promoted the idea that, “the corruption that plagues the NCAA is the problem, rather than merely a symptom of a system that is fundamentally broken.”

Journalists, in keeping with the tradition of the Fourth Estate, have a responsibility to report more than what meets the eye. While the journalistic pursuit of controversy is hardly limited to sports coverage, a great deal of depth is sacrificed at the hands of the scandal beat.

Michael Wise is a Master’s student at Università della Svizzera italiana, studying Health Communication and Management. He has a bachelor’s degree in journalism and has written for a number of magazines and trade publications, in addition to being an EJO contributor and student assistant since September 2011.
» Ethics and Quality » Sports Coverage: Swimming in Slip-ups