Moving Towards Excellence in the Newspaper Business 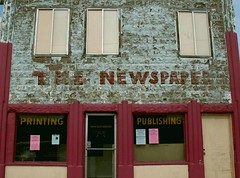 Views on industry associations as an engine of change.

Industry associations are almost as old as the newspaper industry itself. Before the 70s and  80s, industry associations acted as pressure groups engaged in labour and public policy debates.  However, toward the last decade their role has shifted; consequently, these associations served as advocates for common benefits through mobilization, training and research efforts.

To begin, let me create a common framework which will allow us to understand the dimension of the article we’re reviewing here. In simple terms, newspaper industry associations are “organizations funded by other organizations to fulfil their collective purposes.” Collective purposes should be understood as the following: promoting best practices, providing training, conducting research, establishing business intelligence, and foreseeing potential avenues for change.

In order to find an answer, several interviews were conducted with top management of the most important American newspaper associations. Before analysing the results in detail, it is important to get to know these four newspaper industry associations. The International Newspaper Marketing Association (INMA) is concerned with two main activities – advertising and marketing practices – and it provides local services in more than 80 countries; The Newspaper Association of America (NAA) conducts research on industry trends and development with the aim of promoting innovation among newspaper owners; The American Press Institute (API) provides training for executives; and finally, the World Association of Newspapers (WAN-IFRA) publishes magazines and pieces of research in addition to organizing seminars and conferences for executives.

All interviews were guided according to a questionnaire delivered to the interviewees in advance. They took place at each respective office, lasting an average of 60 minutes.

Conclusions drawn from the interviews are organized according to  three functions that act as change agents: mimetic, coercive and normative.

Mimetic function deals with changes applied in other industries and how they might be implemented in the newspaper business. For DeLeon and Khattak (INMA) it’s all about innovation and “how we can get people there based on what their needs are.” The question that arises here is to which extent innovation is a key success factor and whether it is better to be a pioneer, a follower or a late adopter.

The coercive function refers to the sharing of knowledge through websites, magazines, events, and reports to improve coordination and performance. Its importance goes beyond the data, putting emphasis on the interaction process, where publishers, advertisers, manufacturers and journalists share their thoughts.

A normative function is needed according to Stone (API), because the members of news associations expect answers regarding future perspectives and business opportunities. What is more, in the words of Wilkinson (INMA) “we need a marketing culture, we do not need an editorial culture.” This implies a modernization of the old hierarchical systems and a more horizontal sharing of information, as well as an early adoption of new trends.

Executives at newspaper industry associations perceive themselves as value-adders, earlier adopters of new media. Nevertheless, their influence on newspaper directors depends upon age and experience. From time to time these associations find themselves in trouble with journalists’ unions as they are more ethically than commercially-oriented.

In the fragmented global media scene, newspaper industry associations gather existing business trends under an umbrella, providing opportunities for those interested in shaping of the news business.

» Ethics and Quality, Media Economics » Moving Towards Excellence in the Newspaper...