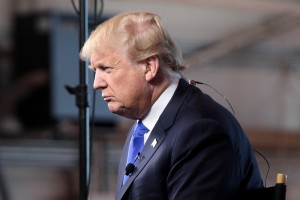 Amid the onslaught of digital news, information and gossip, what online audiences value most may be surprising: long stories, in-depth coverage, and journalistic inquiry that offers fresh perspectives.

That’s the conclusion of a recent study evaluating a pioneering set of media analytics used by the American Press Institute to track reader engagement.

Drawing from more than 400,000 stories and 55 publications, the study’s results question the view that the only thing people want are “eye candy stories (Justin Bieber), quick hit items with no depth, or ‘list-icles’ (7 things to know about Donald Trump’s hair),” says API executive director Tom Rosenstiel.

Seeking to go beyond audience counts, the American Press Institute and its partner publications have developed an “Engagement Index” that blends a dozen or so metrics measuring viewing time, page views, and social sharing.  Audience research also was conducted, but rather than probe news-editorial judgments researchers asked “people about their lives – their passion, their worries and their community.”

The biggest takeaway, according to Rosenstiel, is that audiences want high-value “enterprise journalism,” news reporting 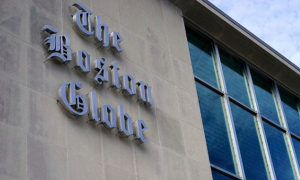 Investigative reporting by The Boston Globe has inspired journalists and audiences

A related finding is that people like long stories, even on their mobiles. Long-form stories (defined as 1,200 words or so) resulted in a 23 percent rise in engagement, as well as higher page views, sharing, and reading time. “People like quality and depth, and will stick with a well-told story,” Rosenstiel says.

But a short story also engages when a newsroom takes the initiative to explore a question or seek a fresh angle to a worn issue. “By their nature … initiative stories are unique. They are stories audiences cannot find everywhere,” Rosenstiel says. They are also stories that engage readers, generate higher page views and doubles sharing, the study says.

What doesn’t seem to help nurture engagement, the study reports, is the middle-ground story that goes beyond daily reporting but falls short of enterprise reporting.

Okay, so the revealing story gets attention. What about media’s obligation to public affairs reporting on government, courts and the like?

Articles about politics and government can be engaging too

The study challenges the notion that “government is anathema for readership,” noting that across the 400,000 articles studied, stories about government performed about average in reader attention. Media perform even better when presenting government watchdog stories and taking the initiative to tell public affairs stories that no one else has, the study says.

On the flipside, stories reporting only incremental change depress reader engagement, the study finds. Yet there are far too many of these “for the record” stories – 48 percent of the government articles sampled, according to Rosenstiel.

No beat received as much coverage as sports among the online publications studied. But sports are not the most read, according to the report.  One reason: “straight news games flop online,” the study concludes. However, sport stories with a strong analytical voice or offering enterprise generate avid readership and engagement.

“But food journalism is more than recipes. In fact, they may be the least of it,” Rosenstiel says.  Restaurant openings, dining reviews, even health inspections and school lunch menus were found to attract readership. Another virtue of food reporting – a relatively long shelf life, with such stories twice as likely to be viewed a week after publication than content overall.

Not all stories, no matter how well they are told, will be widely read, Rosenstiel cautions.

Sometimes less can be more, for audiences

Another implication of the study, Rosenstiel says, is that more coverage does not necessarily mean better coverage. With a more nuanced understanding of what engages readers, media can make better choices. “In some cases,” Rosenstiel says, “it may mean improving coverage by pulling back on things that are not useful.”

The study is among the latest in research and media initiatives exploring fresh approaches to audience analytics (see, for example, “Editorial analytics: how news media are developing and using audience data and metrics.”) A common refrain in this line of research, however, is that there isn’t a single formula for success; a tailored approach is needed.

“Any publication, even small ones, can become a master rather than a victim of its data,” Rosenstiel says.
The study also adds to increasing evidence that mid-length stories lack reader appeal (see, for example, “Time to Kill the 800-word article”). It’s a lesson that this author apparently still needs to learn – this story comes in at 900 words-plus.

Dr. Scott Maier is a journalism professor at the University of Oregon. In 2009, he was a visiting research fellow at the European Journalism Observatory, Università della svizzera italiana (Lugano, Switzerland). For his research on media accuracy, Maier received (with Philip Meyer) the Sigma Delta Chi award for Research about Journalism. He served on the advisory board of MediaAct, a European research consortium studying media accountability.
» Digital News, Ethics and Quality » Audiences Want Better Reporting And Fewer...