A new era? The rise and rise of advocacy collaborations in journalism 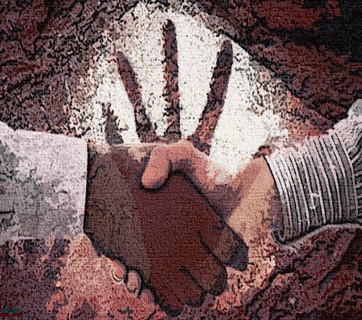 As the COVID-19 pandemic continues to wreak havoc on industries across the globe, the already vulnerable news media has not been spared. The outbreak has intensified the technological upheaval and other challenges facing the industry, causing already dramatically reduced revenues to decline further and exacerbating distrust in its work. This is likely to increase the trend of donor funding, as news organisations are forced to consider new ways to operate within shrinking budgets.

Working with the Bill & Melinda Gates Foundation, our team of Columbia University graduate students have published a report examining the relationship between journalists and advocacy groups. The Calling for Coalitions: Building Partnerships between Journalists and Advocates study, seeks to provide best practices and recommendations aimed at these increasingly common donor-funded partnerships.

A tale of four countries

Through dozens of interviews with journalists, civil society organisations, academics, donors, and government officials, we were able to identify some of the key ingredients of successful partnerships and draw invaluable lessons from our case studies.

Here is what we found out about these collaborations:

Here are some recommendations for successful partnerships that do not compromise journalistic standards:

We believe our research may help to point the way forward for many non-profit news organisations. We hope our work will provide some guidance and framework for future partnerships that help, rather than hinder, the goals of independent media as well as advocacy groups – while allowing both to remain true to their mission.

If you liked this story, you may also be interested in Struggling to survive: the story of media startups in the Global South.

Jack Truitt is a graduate student at Columbia University's Journalism School and School of International and Public Affairs. He is one of the editors of the university's 2020 'Calling for coalitions: building partnerships between journalists and advocates' report.
» Ethics and Quality, Recent » A new era? The rise and...