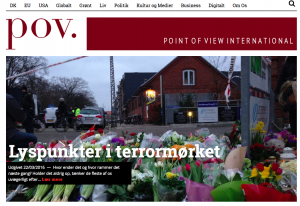 Denmark has recently seen the rise of four ambitious new media entrants, all promising to deliver quality journalism. They are Zetland, Føljeton, Korrespondenterne and POV International.

But how do they plan to survive?  Each seems to cater to different segments in the market, but their business models are quite distinct. All are advert free.

The people behind the startups have extensive media industry experience. In an interview with the Danish journalist trade journal, Føljeton‘s founders describe their vision as “digital and deep”. They aim to combine traditional quality written journalism with a more edgy “VICE News” feel.

Føljeton translates as “a serial” and in practise this means that a number of themes are pursued in parallel. Some themes may end after a few days and others might go on for much longer. Each day at noon readers are treated to at least five main stories. Føljeton’s platform is unique: they only publish articles that are suited for mobile phones.

Føljeton’s business model is based on a subscription of around €7 per month, but the platform has also been promised a record total of nearly €600,000 from Denmark’s Ministry of Culture, which supports startup media. But in order for the business to break even in the future it needs at least 8500 paying subscribers.

Zetland, founded in 2012, is the oldest of the start-ups. From the beginning the intention was to deliver long reads that 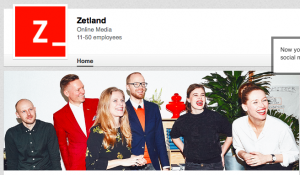 Zetland: a focus on ‘singles’ and performance journalism

explored Danish society from multiple angles. Their business model introduced ‘singles’ –  defined as a non-fiction article longer than a magazine article and shorter than a book – to the mainstream in Denmark, with one long read published each month, usually costing €5.

Zetland, which also receives a public subsidy, also hopes to attract readers through its membership-model. Apart from access to written journalism, Zetland offers members access to ‘performed journalism’ live events in Copenhagen. Reception has been positive and the site recently relaunched to publish daily.

POV (Point of View) International describes itself as a platform for talented columnists with an international outlook. Most of their columnists also write for other established media. Anyone can read their articles and everyone is encouraged to donate directly to individual journalists through mobile pay.

Korrespondenterne –  The Correspondents – is an upcoming web magazine focused solely on world affairs. After a crowd funding campaign that failed to reach the target amount, the magazine currently relies on a mix of donations and subscriptions. Their main selling point is to present a more diverse array of stories from around the world without the obligatory “Danish angle”. In that sense Korrespondenterne breaks with an industry norm that assumes people only take an interest in non-domestic stories if there is a domestic “hook”.

The emergence of these four ambitious media start-ups, amongst other webmazines, who all aim to deliver quality journalism is an upbeat story in a country of just 5.7 million people. It remains to be seen which journalistic product and business model will prove most successful

Jon Stubbe Wissing is a journalist based in Copenhagen. He has an MA in International Journalism from Cardiff University and a BSc in Asian Business and Culture from Copenhagen Business School. His special interests are China, Myanmar and SE Asian politics.
» Digital News » Denmark’s Ad-Free Startups: Performance Journalism And...