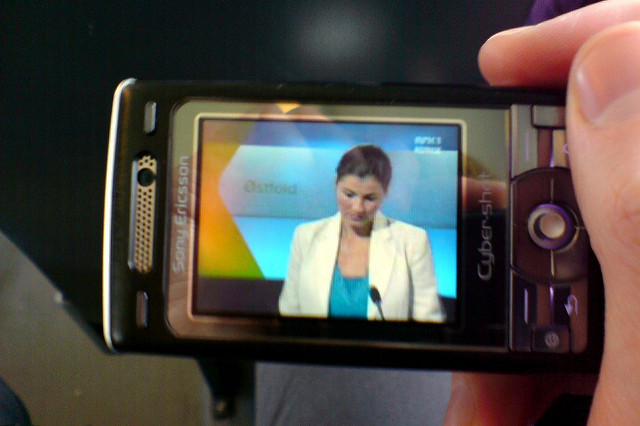 Growth around online video news seems to have been largely driven by technology, publishers and platforms, rather than strong consumer demand, a new report from the Reuters Institute finds – but audiences are increasingly turning to video to follow major breaking news events.

The report, The Future of Online News Video, by Antonis Kalogeropoulos, Federica Cherubini and Nic Newman, explores the recent explosion in online video news and the implications for journalism. The authors interviewed 30 news organisations to understand developing strategies and approaches – with a focus on the UK, US, Germany and Italy. Most companies have been investing in video over the past year with large publishers more than doubling their video postings through social networks like Facebook, and experimenting with live services such as Periscope and Facebook Live.

The results may be disappointing for publishers focused on news video. The report shows that just a small proportion of time spent on news sites is spent on video (an average of 2.5% across 30 websites). Even major video content producers, such as BBC News, are struggling to reach one in ten users with video.

However, significantly more users turn to online video news to follow major breaking news stories, according to the report.  The percentage of users accessing BBC News following the Paris attacks in November 2015 more than doubled, from 10% on an average day to 22% immediately after the attacks.

The report’s conclusions back up survey results from the Reuters Institute Digital News Report (DNR), released on June 15, 2016. It revealed 78% of a global sample of 50,000 said they never or only occasionally accessed a news video. The DNR also showed limited growth in the use of news video and wide variations between countries.

“Online video news provides a powerful and popular way of covering compelling stories, but not all everyday news coverage is equally compelling. So far, the growth around online video news seems to be largely driven by technology, platforms, and publishers rather than by strong consumer demand.”

Other key findings from the report include:

2. Some common key markers of success for off-site and social videos include brevity, the ability to play without sound, a focus on soft news and a strong emotional element

3. Publishers are beginning to embrace online news video (79% of senior digital news leaders surveyed by the Reuters Institute at the beginning of 2016 said they would be investing more over the course of the year) – but most remain in an experimental phase

The monetisation of news video remains the biggest challenge for news organisations. On- site monetisation continues to rely on pre-roll ads, despite acknowledgment that poor user experience affects growth.

Caroline Lees is the Head of Communications at the Reuters Institute for the Study of Journalism. She is the former editor of the European Journalism Observatory’s English language site. She is a British journalist and has worked for The Sunday Times, London, for seven years including time spent in Delhi as South Asia Correspondent and as a news reporter and arts correspondent. She has also worked as foreign editor and assistant editor of The Scotsman, and for the Economist and Telegraph Media Group.
» Digital News, Research » Online Video News Driven By Technology,...