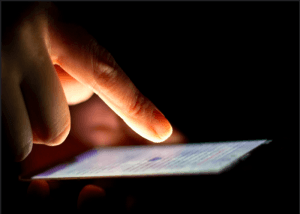 Smartphones and tablets are increasing consumption of news on digital platforms and more customers are accessing digital news throughout the day, according to the 2015 Digital News Report from the Reuters Institute, University of Oxford, released today.

This is helping some news producers increase their revenue, but the outlook is for constrained, rather than rapid growth.

The majority of news consumers obtain news without payment from free news sites, aggregators, and social media, but there is evidence that some heavy news users are increasingly seeking out specific news sources they trust – and are willing to pay them.

Consumers who are now paying for digital news, combined with those who indicate they are willing to pay in the future, now average about half the level of those who pay for print newspapers in the markets studied by Reuters Institute.

News organisations worldwide are reporting some growth of revenue from digital subscriptions on various platforms and consumers are being allowed to purchase weekly, monthly, and annual subscriptions, and, in some cases, daily access. The New York Times, for example, now offers subscription packages that bundle free digital access with a print home delivery subscription and separate digital-only bundles that provide differing levels of access to content via the web, smartphones, and tablets with prices ranging from $3.75 to $11.25 weekly.

Many news providers who instituted paywalls in the past with generous metering policies are now reducing the number of free articles and offering basic and premium content in an effort to turn regular free readers into paying customers and increase revenue.

Several news organisations are using big data to improve their sales marketing. O Globo in Brazil is employing a sophisticated strategy data acquired across its free content on its own platforms, search, aggregators, and social media. It then targets heavy news consumers most likely to subscribe and offers them various subscription options to turn them into regular customers.

Companies such as Google and Yahoo control digital advertising infrastructures

News providers are also developing strategies to try to gain more revenue from growing digital advertising expenditures.  However they are struggling with the dominance of companies such as Google, Facebook, and Yahoo that control digital ad provision infrastructures.

Digital advertising revenue is unlikely to ever contribute as large a portion of income as it has for offline operations because the inventory of advertising opportunities far exceeds that of print and broadcasting, reducing demand, and depressing prices paid for digital advertising.

News organisations are working to increase prices by improving the connection of users to relevant advertising messages through better user data management, by improving the presentation of advertising messages, and by creating advertising alliances with other news providers that collectively generate greater exposure for advertisers. The Guardian, Financial Times, CNN International, and Reuters established Pangea this year to jointly sell and deliver digital advertising to their high-quality audiences on various platforms.

Despite the general growth of digital advertising expenditures, advertisers are not fully satisfied with the performance of digital advertising and the 2015 report shows that consumers’ use of ad blockers is widespread. Many advertisers are now allocating more of their expenditures to other activities such as search placement fee, content marketing, and sponsored content.

Contemporary developments and trends suggested that only a few large well-established news brands are likely to achieve the scale and volume of consumer and advertising necessary for success at the global level and that competition to be part of that group will increase in the coming years.

Even as companies pursue such global ambitions, they will need to localise content, a factor that has led the Guardian to establish newsrooms and separate editions for its US and Australian editions.  Another approach is to offer services in multiple languages, as the Huffington Post has done in French, German, Spanish, Italian, Portuguese, and Japanese.

The constraints on and requirements of the digital news provision business are becoming clear. It is a highly competitive space that requires clear strategies and the flexibility to create multiple revenue streams necessary to produce levels of income required for sustainability.

Professor Robert G Picard is a specialist on media economics and government media policies. He was formerly based in the Media Management and Transformation Center at Jönköping International Business School in Sweden where he was Director of the Center and Hamrin Professor of Media Economics.He is the author and editor of 28 books, and has been editor of the Journal of Media Business Studies and the Journal of Media Economics.Robert is the Reuters Institute North American Representative and directs projects across the main RISJ research areas examining changes in the business of journalism, the practice of journalism and journalism and accountability.
» Digital News, Short stories » Digital News Report: Hopeful Signs In...