Rescuing journalism from the Covid-19 assault 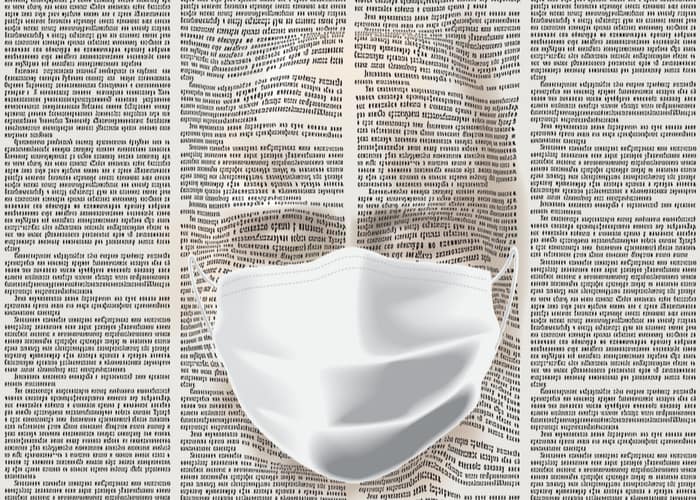 As the COVID-19 pandemic passes its one-year mark, many industries are still reeling from the financial hardship it inflicted. Media outlets are among the most deeply impacted. Some are at risk of disappearing permanently. The new ‘Saving Journalism: A Vision for the Post-Covid World’ report from Columbia University academics, examines initiatives from around the world that were created to ‘rescue journalism’.

The study employed an approach proposed by Nishant Lalwani, managing director of Luminate – a venture of the Omidyar Network that spends about $20 million annually supporting journalism. Lalwani categorises solutions into groups:

Our research shows that governments around the globe responded to the pandemic with additional relief to media they traditionally support. Freelancers and news outlets have been able to apply for publicly funded pandemic aid in several countries including Australia, Norway, and Singapore.

In the United States, there have been renewed calls for an increase in government funding for journalism. New Jersey, for instance, recently allocated $2 million to bolster local news efforts. And while the US has historically been wary of government intervention in journalism, Tom Glaisyer, managing director of programs at the Democracy Fund, notes that “the collapse in local commercial media has accelerated during the pandemic” and “created an appetite for public policy solutions that were not on the table even nine months ago”.

Steve Waldman, former senior advisor at the US Federal Communications Commission and co-founder of Report for America, is promoting the idea of a media voucher system that would provide tax credits or other incentives for people who subscribe to news outlets. Branded ‘A Replanting Strategy: Saving Local Newspapers Squeezed by Hedge Funds’, it is seen as a way to free journalism from the whims of capitalism. Similar to Canada’s C$595 million tax subsidy program to support independent media, it will give the nearly 6,700 privately-owned newspapers financial autonomy so they can be truly responsive to the needs of the communities they cover.

Other ideas for government involvement include the establishment of a federal match-funding programme – in which the government would match the money raised by nonprofit newsrooms; an increase in government advertising in local media; and granting journalists a certain amount of federal loan forgiveness.

When we looked at foundations, we found that they were key players in both the increase in efforts to finance grants for local news, and in government partnerships across the globe to secure funding for journalism. The International Fund for Public Interest Media, Luminate, the John D. and Catherine T. MacArthur Foundation, and the Independent News Emergency Relief Coordination are just a few of the organisations that were involved in sourcing additional funding for media.

Impact investing models also began to spring up in the United States during summer 2020, including those from the Ford Foundation and the Reconstructing American News projects. Both aim to increase funding for news organizations that are led by minorities or those representing marginalised communities.

In our study of new business models, we found Botswanan journalist Ntibinyane Ntibinyane’s ‘Digital Transactions Project’ proposal. It is essentially an effort to support 20 independent newspapers across southern Africa as they shift to more sustainable digital, rather than print, platforms; and is a good example of a model that can be replicated.

Waldman’s ‘A Replanting Strategy: Saving Local Newspapers Squeezed by Hedge Funds’ also falls into this category. It not only explains the dire state of America’s news industry but lays out a plan to revitalize it. His new business model idea is to create a nonprofit “replanting fund” that would identify candidate newspapers and reorganise their corporate structures to make them more community-grounded and financially independent.

We’ve also seen arguments that a future Biden administration Covid-19 stimulus bill should include financing to buy out hedge funds, private capital, and the newspaper owners who are less interested in journalism and more in squeezing profits from their holdings.

Getting Big Tech to Pay for News

When it comes to Big Tech paying for news, it has been well documented that advertising revenue traditionally enjoyed by news outlets has been siphoned off by tech giants – particularly Facebook and Google – over the past decade. This appears to have had a dramatic and negative effect on journalism’s ability to survive.

Australia has implemented perhaps the most ambitious effort to counteract this loss by establishing a new legal framework that uses competition law and would make Big Tech help pay for news. This new effort works to reduce the power imbalance between media outlets and Google and Facebook.

Europe’s previous attempts to use copyright laws have largely failed when Google refused to pay, so Australia is instead pursuing a new route using competition law. The country’s competition authority, headed by economist Rod Sims, drafted a code that would require Google and Facebook to pay for the news they carry. If the two sides cannot agree on a price, it would then be set by binding arbitration. The Australian Parliament is due to vote on the plan in the coming months.

Similar creative efforts to involve Big Tech in journalism’s rescue are underway across the globe, including in Africa, Europe, and the United States, where proposals to regulate technology companies are currently being debated.

Recently, France appeared to have made a breakthrough. The Associated Press reported that Google had signed a deal with a group of French publishers, which would pave the way for the internet giant to make digital copyright payments for online news content.

Journalism is a vital, public good, and concerted efforts should be made to ensure it survives the COVID-19 pandemic. It will take a multi-pronged approach, using a broad network of solutions that will both provide the financial help necessary to keep outlets afloat during the toughest periods, and to lay new groundwork for a sustainable news ecosystem moving forward.

For more information about this research please see: “Saving Journalism: A Vision for the Post-Covid World”.  Commissioned by the Konrad Adenauer Stiftung, the report was written by Dr. Anya Schiffrin, a senior lecturer at Columbia University’s School of International and Public Affairs and her students: Hannah Clifford, Allynn McInerney, Kylie Tumiatti and Léa Allirajah. Further research was done by Chloe Oldham.

If you liked this story, you may also be interested in: The economic impact of Covid-19 on European media

Allynn McInerney is a Master of Public Administration candidate, studying urban policy at Columbia University's School of International and Public Affairs. Originally from the Midwest, she went to Connecticut College where she graduated cum laude in 2014 with a BA in International Relations and Dance, and a minor in Latin American Studies. Previously, she worked for the Argentine Council for International Relations in Buenos Aires and was selected to be a Coro Fellow in Public Affairs in San Francisco. For the past five years, she has worked for Singer Associates, a boutique public affairs and crisis communications firm. She is passionate about the intersection between policy and strategic communications and aligning private sector communications tactics with public sector objectives to catalyse rapid change.
» Media Economics, Newsroom Management, Recent, Specialist Journalism » Rescuing journalism from the Covid-19 assault