Podcasting in Europe: Is an American Trend Crossing the Atlantic? 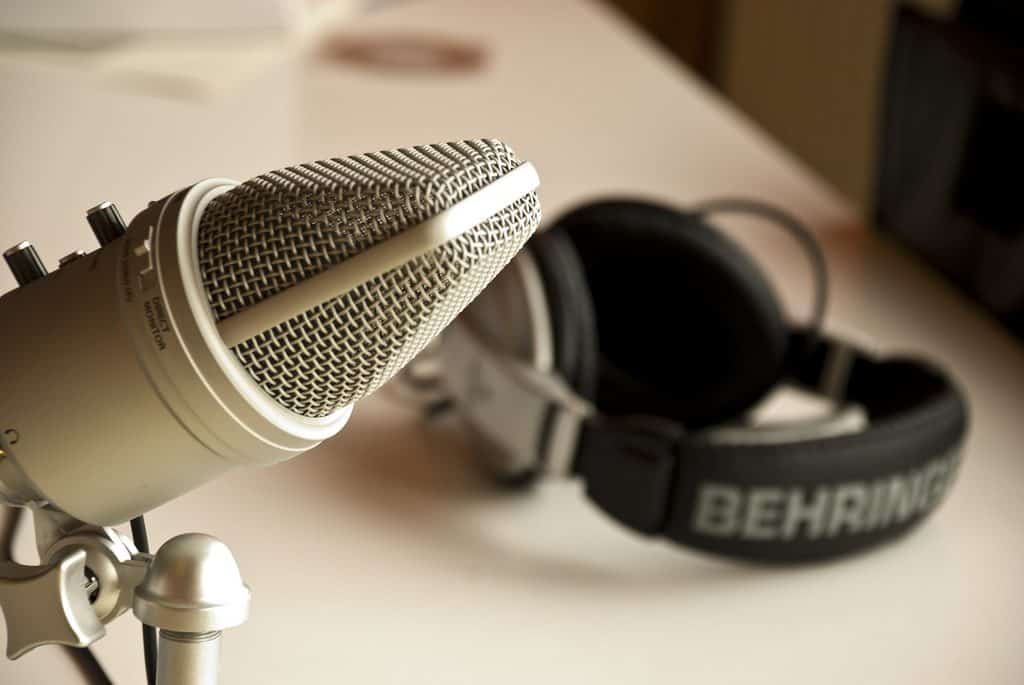 A podcast is a concept that’s new to most people in Slovakia. That’s why Bratislava-based journalist Dávid Tvrdoň received skeptical comments when he suggested producing one himself last November.

Yet with the help of his colleagues at Slovakia’s largest news website, SME.sk, Tvrdoň assembled a lively daily news podcast inspired by the New York Times’ The Daily. By the end of its first month of production, Dobré ráno (or Good Morning in Slovak) already counted 100,000 listens.

“There were other podcasts operating before too, but they were so small that we know each other,” says Tvrdoň, who also co-hosts the English-language Check Your Facts, in which he and BILD social media editor Marc Biskup interview other digital journalists from across Europe. “They were really happy that we were doing this podcast because it’s getting podcasts mainstream.”

A US Phenomenon Crosses Continents

Podcasting took the US by storm beginning with the 2014 investigative journalism hit Serial, with 40 percent of the country’s population now having listened to a podcast. Following the example of The New York Times, publications such as The Washington Post and Vox have also announced plans for their own news podcasts. The scramble to launch one comes as little surprise, with listeners reportedly remaining tuned in for 90 percent of most shows — a boon for advertisers.

In Europe, they are still a relatively new phenomenon due to differences in technology use and media culture. Still, an increasing number of European journalists have begun utilising the popular platform, which unlike traditional radio allows users to download niche segments on a variety of topics and can be produced independently without the support of a major media company. 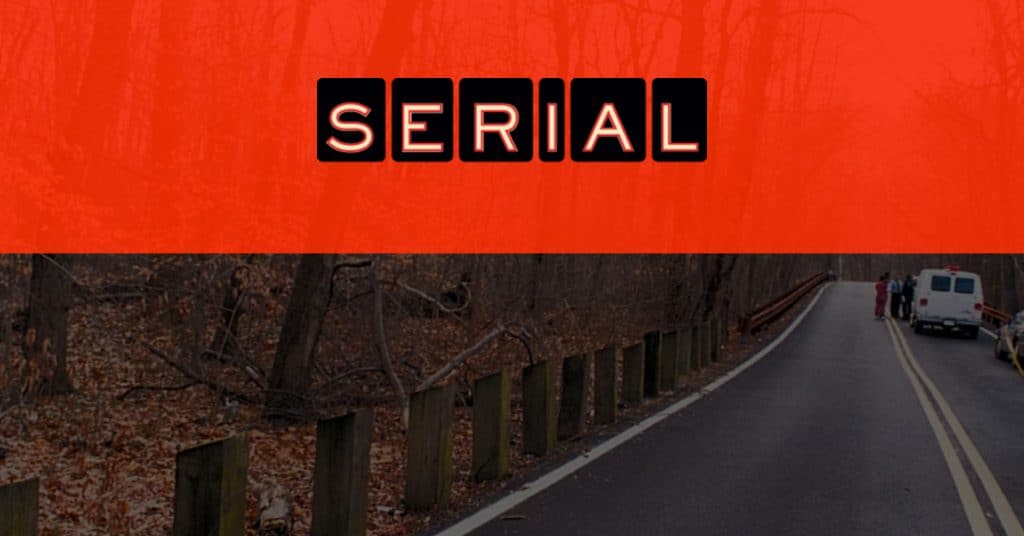 One of America’s favourite podcasts – © Serial

Podcasting in Europe has grown exponentially in Europe for the past two years, according to London-based digital consultant Izabela Russell, who co-founded broadcasting company New Media Europe with her husband and longtime radio journalist, Mike.

In 2013, the two visited the US for a digital media conference, and were inspired by all of the podcasters they met. “We thought, ‘There’s nothing like this in the UK, so why don’t we create an event for podcasters here,” says Russell. Soon their “UK Podcasters” event expanded to encompass 200 podcasters “from all corners of Europe,” says Russell.

Podcast penetration of the market can be largely traced to listening devices, says Russell. Europe is largely Android based, with only 25 percent of people using an Apple iPhone (10 percent in Russell’s native Poland) — which has a built-in automatic podcast app. The Google Play Music app, built into the Android, does not yet have a built in podcast application, though users can download Stitcher to listen to them.

There are a number of alternative ways, however, podcasters are attracting new listeners. Tvrdoň mainly reaches his audience through SoundCloud and recently begun placing new episodes on Spotify. “It’s a way better distribution platform in this [Central European] region,” says  Many friends then said, “Oh great, this is a platform which I use daily.” 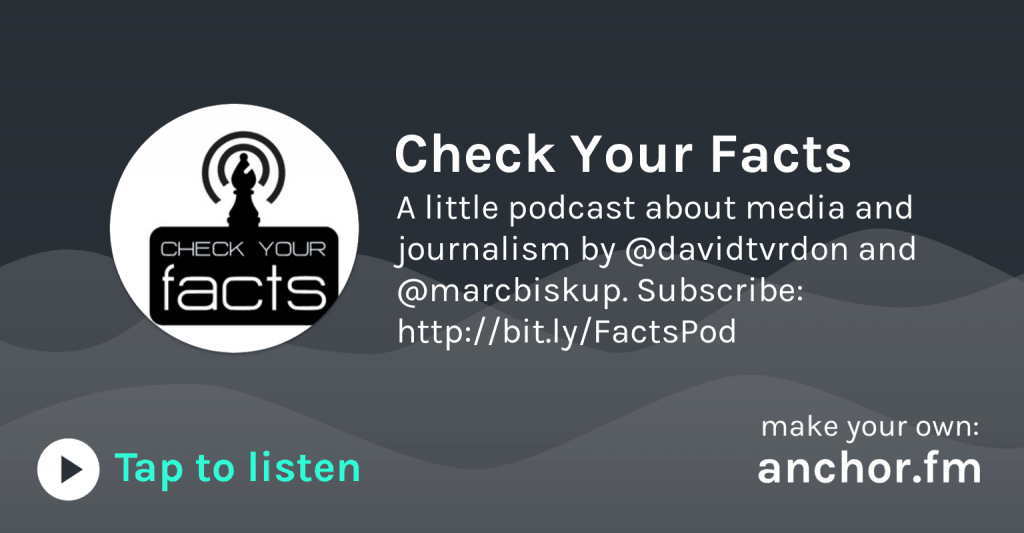 Many journalists feel podcasts are working their way into mainstream media vocabulary. For the first time in 2016, PRIX EUROPA: The European Broadcasting Festival launched a digital audio category.

“In 2017 we decided to focus more strictly on innovative approaches and creative presentations of audio in this category,” says online manager Marta Medvešek.. “Independent productions don’t need to have a connection to a broadcaster any longer. Now it’s enough if they ‘broadcast’ themselves on the Internet.”

This is exactly what several journalists throughout Europe are doing: whether in Slovenia, where independent investigative journalist Taja Topolovec co-founded a weekly podcast detailing her research results, or in Poland, where  Jakub Gornicki launched a global affairs podcast linked to his multimedia storytelling company Outriders.

The trend has also spread north and south in the continent: in Sweden, podcast listening has grown by 36 percent in the past two years, and now amounts to 3.3 million monthly listeners. Russell also has noticed an upswing in the interest in Italian, French and Spanish podcasts — the latter which formed an expanding web network, Podium Podcast, for news and entertainment podcasts from Spain and Latin America in June 2016.

In the US, there has long been a bottom-up approach to broadcasting, with a large number of college radio stations and smaller-affiliate stations, observes radio and podcast journalist Jill Beytin. A native Californian who has worked with major media outlets in both the US and Germany, Beytin founded Bear Radio to help encourage the podcasting scene in Berlin.

“In the US people have been into talk shows since Johnny Carson,” says Beytin. “Here the media landscape  is more insular and very much top down, and people are more risk-averse.”

Yet Beytin is optimistic: unlike with radio, each podcast targets a niche audience, making them more attractive to advertisers, and enabling small productions to find support. Even large radio stations, while streaming great content, have to aim for as large of a group as possible in the content they create, she says.

Podcasting does not just present a new medium for listening to content, but a new, more intimate manner of storytelling. British-American journalist Clare Richardson co-founded an explanatory podcast of European affairs, Europe to Date, in the summer of 2017, to break down the topics she often reported on in her day job at Deutsche Welle. “I think [podcasting] leaves more room for talking things out,” she says, “in a manner where the audience can see your thought process.”

Rachel Stern is the EJO Fellow at Free University Berlin. She's been based in Berlin since 2012, first as a Arthur F. Burns Fellow at Spiegel Online and most recently through a Fulbright Scholarship for journalists. Her reporting on German politics, culture, business has appeared in NPR Berlin, Deutsche Welle, Slate, The Christian Science Monitor, and The Huffington Post, among other publications. Originally from San Francisco, she holds as Master's Degree from the Columbia University Graduate School of Journalism.
» Business Models, Recent, Short stories, Specialist Journalism » Podcasting in Europe: Is an American...