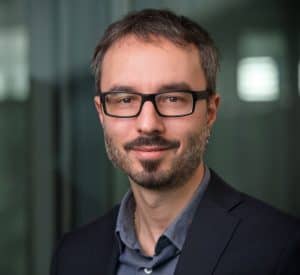 Dr Colin Porlezza is Senior Lecturer in the Department of Journalism at City, University of London and Visiting Lecturer at the Institute for Media and Journalism at Università della Svizzera italiana in Lugano, Switzerland, where he also gained his PhD.

Before his arrival at City in 2018, Dr Porlezza worked at the University of Zurich, the University of Neuchâtel and the Università della Svizzera italiana. He gained extensive research experience by taking part in and leading several publicly funded projects, including within the framework of the 7th Research Framework Programme of the EU and the Swiss National Science Foundation (SNSF), as well as projects for Swiss news organisations such as the Swiss Broadcasting Corporation and the media group Tamedia. He currently leads the DMINR project funded by Google’s Digital News Initiative.

His main research interests are the datafication of journalism, the impact of artificial intelligence on journalism, and media accountability and transparency in digital journalism.

From 2004-2013 he was an active member and co-founder of the European Journalism Observatory. He has also worked for the Swiss public broadcaster, NDR, Poynter, Neue Zürcher Zeitung, Tages-Anzeiger and Corriere del Ticino.