Telling the true story of refugee children in Italy 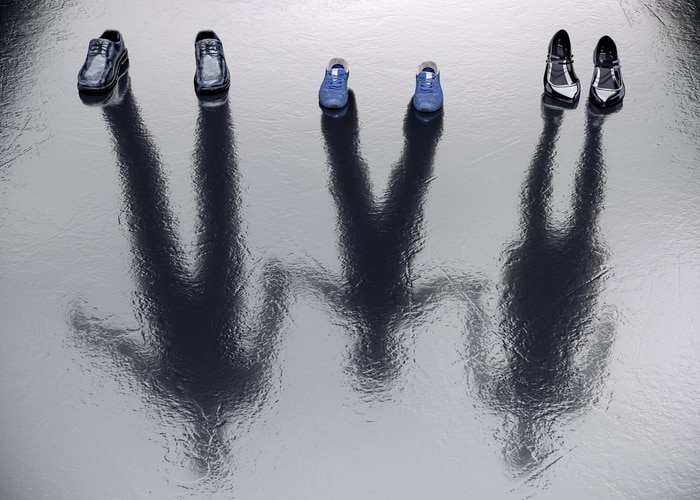 The stories of refugee children have been largely absent from the Italian media’s coverage of the recent migratory movement that has seen displaced populations trying to reach Europe through eastern and central Mediterranean routes. While they feature erratically in journalistic reports, media attention typically focuses on geopolitical facts about their countries of origin, the hardship of their journeys, and crime-related news.

This is particularly true about minors. Reports seldomly focus on in-depth stories about migrant children, leaving them hidden from the public’s view, or trapped in an alternating frame of victimhood and poverty-related delinquency.

In academia, several studies have attempted to understand this complex media representation of migrants in European societies. These mostly involved the use of content analysis of news articles covering migration.

One that stands out is the research done by Myria Georgiou and Rafal Zaborowski in 2017 for the Council of Europe. Their content analysis of leading outlets in eight European countries (Czech Republic, France, Germany, Hungary, Ireland, Serbia, UK, and Greece) over the course of 2015, show that refugees had very limited opportunities to share their stories through the media, and were represented primarily as victims and silent actors.

There was no information about their cultures or other aspects of their lives – giving the public a very one-dimensional view. It further found that journalists tended to present a narrative that stressed the causal connection “between the plight of migrants and the wellbeing of European countries”.

Two-thirds of the articles reviewed emphasised negative consequences of refugee arrival, with positive consequences only framed within the moral rationale of the empathy and solidarity of the European populations. Concerningly, refugees were also predominantly described in the press as nationals of a certain country.

Only 35 percent of articles distinguished between men and women and less than a third referred to their age. Similarly, only 16 percent of articles included the names of refugees and as little as seven percent included their professions. This lack of individual characteristics encourages false assumptions such as the belief that refugees are mostly young men seeking opportunities. It is essentially a form of de-humanisation and de-individualisation of migrants which can create a lack of empathy amongst European populations.

In the context of studies such as this, I decided in 2018 to interview spoke-persons, communication directors, and press officers of six organisations involved in the migrant response in Italy – UNICEF, InterSos, Médecins Sans Frontières, Emergency, International Organization for Migration, and Oxfam.

My aim was to understand their impressions and gather their recommendations on approaches to reporting on refugee children, in order to provide an additional lens through which to view media representation of migration. Ultimately, I hoped to create a useful resource for both media and non-media organisations.

In speaking with my research participants, it was clear that there was agreement that the problem was not a lack of media interest in covering stories about children. On the contrary, communication about minors rather than adults is more likely to pique the interest of journalists covering migration. As one interviewee pointed out: “A child creates a lot more empathy. In the eye of the public, the image of a child is always stronger. It has always been a frame that media communication has used to move the public.” However, too often this leads to an oversimplification of the phenomenon of migration.

My respondents stressed the need for effective communication strategies to help journalists better tell the stories of these groups. They explored factors such as the media’s agenda, the role of non-governmental organisations and United Nation’s agencies, how children are being used as sources, and the problems with the current narratives.

There was a broad recognition that child protection should be a key consideration and a central principle in any approach. Interviewees highlighted the importance of making a conscious effort to avoid portraying children as victims or using their stories to fulfill organisational or industry agendas. They also touched on practical considerations such as seeking parental or guardian consent and avoiding the use of images that identify children.

How journalism can make a positive difference

The interviewed communication specialists also shared their views on what reporters can do to provide a more accurate narrative and representation of refugee children. Here is what they suggested:

A vision for change

What is clear is that because the representation of refugee children in Italy is driven by a complex range of media dynamics, it is useful to stretch beyond the boundaries of media content analysis. Speaking to communication professionals from organisations that lead on the response to this issue, offers a new perspective and another angle from which to explore and understand the complexities of migration and refugee narratives.

Through my conversations with these communications specialists, I have identified a set of concepts, which could be a starting point for enhancing media practices around migration reporting and developing approaches that can positively impact the long-term situation of refugee minors.

I hope my research will open up a space for further discussion and reflection on the impact that the current narrative is having on society, and how these narratives can be reframed, with a view towards broader social change and a shift in the way the public in host countries experiences migration – particularly in relation to children.

Read the full version of my research-based article here.

If you liked this story, you may also be interested in: How do the European media cover migration?

Dr Valentina Baú is a senior lecturer at the University of New South Wales in Australia. She conducts research on the application of Communication for Development in Peacebuilding with a focus on realities affected by violent conflict. She also explores and evaluates new communication for development approaches, that employ different media and communication channels to contribute to social change and sustainable peace during or in the aftermath of violence.
» Ethics and Quality, Recent, Research » Telling the true story of refugee...