Ending The “Awkward Relationship” Between Women and News Media? 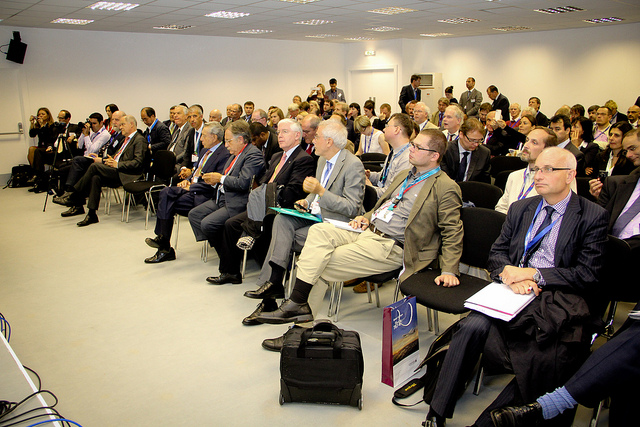 Most studies examining the awkward relationship between women and news media over the past 50 years have found that women are routinely under-represented in terms of both content and decision-making. The endurance of these inequalities over time indicates the issue is not about simple chance, talent or opportunity, but that it is structural and globally problematic.

Numerous sets of guidelines, policy directives and gender-equality indicators have been developed to tackle the issue, but reseach shows that, despite these efforts, little has changed. However, a new European project, Advancing Gender Equality in Media Industries (AGEMI), is taking a different approach. It is creating a central resource for research and best practice, raising awareness among young journalists, and building better relationships between journalism education and employment.

Gender inequalities in news media reinforce the kinds of routine discrimination which have been women’s historic experience. The disrespectful representations of women, inequalities within the workplace and unequal power relations in management structures constrain social progress and make the goal of gender justice extremely hard to achieve.

In response to the gloomy findings from successive academic studies of the women-news conundrum,  individual media organisations, professional associations, unions and women’s advocacy groups have produced research and developed tool-kits and good practices. European and global institutions, including the European Institute for Gender Equality, European Women’s Lobby, Council of Europe, UNESCO and many others, have also attempted to tackle the issue.

But these resources are scattered around the world, living in the HR departments of myriad organisations, languishing on dusty shelves and forming part of various databases sitting on any number of digital platforms.

The AGEMI Project is making an important intervention by recognising two issues: one is the need to gather together all the work that has been undertaken to progress gender equality in the sector and make it available to everyone; the other is to raise awareness of gender in/equality amongst the next generation of journalists and media practitioners. It also aims to create productive relationships between education and employment to change the existing culture.

The project lead is Newcastle University in the UK, with partners at the Universities of Gothenburg and Padova, COPEAM and the European Federation of Journalists. It is designing learning resources to inspire and inform both students and media professionals, developing a Resources Bank of Good Practices and enabling useful encounters between students and practitioners through a summer school and internships.

As educators of journalism and media students, and professional associations of media professionals, the AGEMI project team recognise that there is sometimes a mismatch between what we teach our students and what the industry expects from them.  Students often have an unrealistic understanding of their chosen profession, especially as the ongoing transformation of the media industry is producing both entrepreneurial opportunities but also a certain retrenchment of roles and beats along gendered lines.

AGEMI is funded by the European Union and runs from February 2017 to July 2019.  If you would like to know more about the project or get involved through telling us about a good practice you would like to share, or would like to offer an internship to a student, please get in touch with us. Contact Karen Ross: [email protected], or contact AGEMI through Facebook: agemi.eu; Twitter: @Agemigender

You may also be interested in Where are all the women journalists in UK newspapers?

Karen Ross (@krossings) researches and teaches media, gender and political communication, writes about gender, politics, news and representation and is currently Professor of Gender and Media in the School of Arts and Cultures, Newcastle University.---Claudia Padovani (@claupad67) is researcher and senior lecturer in Political Science and International Relations at the Department of Politics, Law and International Studies (DSPGI) of the University of Padova, Italy.
» Ethics and Quality, Recent, Research » Ending The “Awkward Relationship” Between Women...