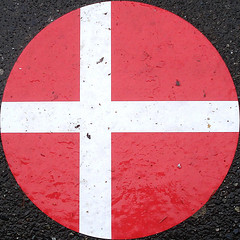 In a recent case study published in conjunction with the MEDIADEM research project, Rasmus Helles, Henrik Søndergaard and Ida Toft of the University of Copenhagen (UCPH) sought to determine whether media policy in Denmark promotes media freedom and independence. Danish media policy, according to the authors, is “marked by the tension between the wish to sustain and stimulate pluralism in media content – and the wish to have independent media capable of fulfilling their key democratic role in society.”

The report, titled “Does Media Policy Promote Media Freedom and Independence?” (2011), elaborates on Denmark’s media landscape while also pointing to the media subsidy system as the central target for reforms.  While all significant players in the market recognize the need for reforms to the media subsidy system, both sides are finding it difficult to agree on a path for change.  Even as the reform process becomes progressively convoluted and bureaucratic, the central theme of the restructuring continues to be the need to promote an independent media system in Denmark.

Helles, Søndergarrd, and Toft explain that Danish media policy is complex due in part to several contributing factors. The media market in Denmark is unique due to its small size, which creates a fragile system that relies on both privatization and publically funded subsidies.  At the core of the system is the shared need to keep the media both pluralistic and independent, which is becoming gradually more difficult in the digital age.

Current disruptions to the market have increased competition amongst public and private media, shocking a system that had previously operated harmoniously. As is the case globally within many media markets, digitization has strained both broadcast and print media sources due to the public’s increasing unwillingness to pay for content. In the past, publically funded broadcasters existed separately from the privately funded print news sources, however as disruptions increase and the media market shrinks, privatization of broadcast media has become more common. As this battle grows, private media houses find that the competition for consumers is difficult in what they see as an unbalanced system.

As is pointed out in the MEDIADEM case study, “the relationship between pluralism and freedom of expression is complex.”  While there is agreement and support for pluralism in order to maintain a free and open societal debate, those in favor of the reduction of media subsidies argue that a system that provides funding to media outlets is directly contrary to the notion of media independence.

Helles, Søndergarrd, and Toft point out that a viable public funding system for Danish media is necessary, but the process is arduous and characterized by a great deal of political posturing.  The current system, which relies on distribution numbers when doling out public money, can no longer be seen as a feasible option.

When mapping new media policy initiatives, Danish political parties negotiate using a three-step process.  This process begins with conferences and meetings between political parties and intermediaries, followed by the formulation of a proposal prepared by the Ministry of Culture, and finally actual negotiations that take place between the Ministry of Culture and spokespersons from the individual political parties.  While this process is open to objections by both public and political sources, changes are rarely made and typically concern funding to different media outlets as well as program content.

While few suggestions have been made for funding reforms, a recent Danish media report titled “Support for Democracy: The Future of Public Support for Media” (Dyremose, 2011) strongly suggests that subsidies be distributed based on news production rather than circulation numbers.  The report, which was prepared by a committee tasked with developing a new media support model, outlined a system that would directly fund journalists while also providing subsidies to promote newspaper production.  These reforms were suggested not only because newspapers still provide more than 70 percent of the news content in Denmark, but also because it was seen as being more sensible than the forming of committees to determine funding.

As opposed to other funding reform suggestions which called for a review board or committee to determine funding levels for media, the direct distribution of public money to journalists and print news would allow Danish media to retain independence while avoiding political interference.  In addition, the MEDIADEM report explained that by moving away from circulation based funding it could also “ease constraints on market entry imposed by the old, platform-specific system.”

Critics of the proposed system, including the Competition and Consumer Authority have pointed out that it could result in an even more crowded market while giving the major players a larger share of support funds.

The authors conclude their report by pointing to influence of the European Union’s media policy in today’s regulation of Danish public service media, explaining that “public service broadcasting continues to be regarded as the cornerstone of Danish media policy, and also of Danish cultural policy.”

Michael Wise is a Master’s student at Università della Svizzera italiana, studying Health Communication and Management. He has a bachelor’s degree in journalism and has written for a number of magazines and trade publications, in addition to being an EJO contributor and student assistant since September 2011.
» Media and Politics » Media Policy and Independence in Denmark