Morocco: Coronavirus and the press 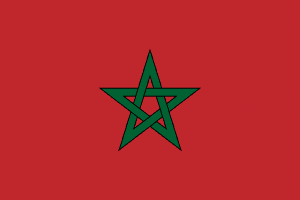 The outbreak of the coronavirus pandemic has served to highlight the serious deficiencies of the Moroccan press. The press freedom situation in the country declined markedly around a decade ago, and by 2019 Morocco ranked 135th out of the 180 countries assessed in the world press freedom index compiled by Reporters Without Borders.

Many key media outlets, including Moroccan radio and television, are government-owned, and the state has also set out to systematically undermine what used to be the independent professional press. Restrictive press laws have led to widespread self-censorship, which in turn has eroded the public’s trust in the media. In the absence of quality media outlets, many Moroccans now turn to social media for their news, and easily fall prey to the misinformation they encounter online.

The disastrous cumulative effect of all these shortcomings can be observed in the way in which the Moroccan press has covered the coronavirus crisis.

The main factors that have contributed to this are:

Many Moroccan social media users have been consuming fake news about the coronavirus, which has been especially prevalent on the most popular platforms, Facebook and Youtube. The mainstream media failed to debunk these stories by subjecting them to rigorous fact checking. Some fact-checking experiments have been launched but have not made much impact. On 19 March, the authorities responded by initiating a crackdown targeting people who have spread false information. At least a dozen people have been arrested and prosecuted for spreading false news under this measure.

The weakness of the mainstream media, which are incapable of meeting Moroccan citizens’ increased need for reliable information at a time of great uncertainty, is partly to blame for the rapid dissemination of false information. Another factor is the dominance of the big tech platforms in the country and the high level of social media consumption. There are 17 million social media users in Morocco, and internet users spend an average of 2 hours 33 minutes a day on platforms owned by the “Gang of Four” tech companies Google, Apple, Facebook and Amazon (GAFA). In addition, 80% of digital media consumers access information via various social networks, with Facebook being the favourite.

Though the digital media space is already saturated with official communication and fake news, some professional journalists and quality media outlets have been striving to provide their readers with more reliable information. Outlets such as Yabiladi, Le Desk, Telquel and Medias24 are eschewing sensationalism and trying to offer more balanced coverage, instead of relying on clickbait to boost their readership. However, they are fighting an uphill battle, as they do not have the resources needed to compete with the tech giants.

Other independent news professionals whose names command respect among the general public have chosen to report directly through social media as a way of educating the population and raising awareness of Covid-19, hoping in this way to curb the spread of fake news.

Morocco’s media regulators – both the one responsible for the audiovisual sector (High Authority for Audiovisual Communication) and the one with jurisdiction over the press (National Press Council) – have reminded the media of their editorial and ethical responsibilities towards the public, but these messages so far appear to have had little impact on media coverage of the crisis.

As elsewhere in the world, the Covid-19 outbreak poses a serious challenge for the Moroccan media, which are now being tested on all levels: economic, organisational, staff safety, etc.

The pandemic caught the Moroccan press unprepared. Print companies had no plan B for distributing newspapers at a time when the population’s freedom of movement is severely restricted. Very few media outlets had made plans to publish either paid or free digital versions, though a dozen newspapers have made pdf versions available to readers.

The situation is no better when it comes to the organisation of newsrooms, which had no plan in place for ensuring the safety of journalists reporting on the situation. Print media outlets have made limited progress on the digitalisation front, teleworking is not yet adequately developed, and so many journalists continue to travel to their workplaces, despite clear government instructions to avoid doing this.

In conclusion, the main lesson of the coronavirus crisis is that the weak position and poor quality of the Moroccan press have favoured both the dominance of official channels of communication and the dissemination of false information.

With a bill “regulating social networks, live broadcast networks and similar networks” now having been approved by the government, to fear of the virus itself there can be added the fear of further restrictions on freedom of expression in Morocco.

Aida Alami is a Marrakesh-based journalist and a regular contributor to the New York Times. // Salaheddine Lemaizi is a Casablanca-based journalist who blogs about the Moroccan media.
» Ethics and Quality, Media and Politics, Recent » Morocco: Coronavirus and the press