Kill them with Kindness 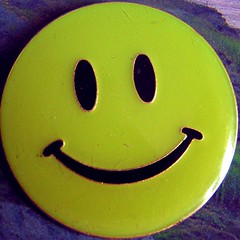 Attributor, a company based in San Mateo, California, devised the first Web-wide monitoring and enforcement platform, created to monitor licensed use and protect against unauthorized use of content. Not long ago, Attributor released the results of a five-month study focused on the Internet and unsanctioned content lifting. The project, called the Graduated Response Trial for News, works like this: Once a breach of license is detected, a California-cordial email is sent to the offender, politely requesting that the content in question be removed. This is a conscious step away from reflexive lawsuit flinging. If no response arrives within 14 days, a second email is sent out. After another 14 days without response, they start swinging the legal stick, and a “cease and desist” notice is sent along with promises of legal action.

The study identified 400,000 unlicensed news items on nearly 45,000 sites. In the end, the Graduated Response Trial for News saw a 75 percent compliance rate from negligent websites after Step #2 (the second warning email). Thus, two genteel, non-threatening warnings seem to garner favorable results. Which could be viewed as a step in the right direction with regard to keeping a lid on copy-and-paste journalism. Yet the study certainly has its rough edges.

Frédéric Filloux of the Monday Note addresses the timeframe, saying, “A duo of 14 day-notices before rolling out the legal howitzer doesn’t make much sense considering the news cycle’s duration: the value of a news item decays by 80 percent in about 48 hours.” He goes on to suggest that Attributor needs to be acquired by a larger entity to produce realistic, large-scale results. “Let’s say Google or Bing buy Attributor’s core engineering know-how,” says Filloux. “It then becomes feasible to adapt and expand its crawling algorithm so it runs against the entire world wide web — in real time. Two hours after a piece of news is ‘borrowed’ from a publisher, it is flagged, the site receives a pointed notification. This could be email, or an automatically generated comment below the article, re-posted every few hours.”

As for a business model, Filloux imagines that publishers pay a fee to have their content tracked. “For the biggest ones, the cost/benefit is obvious as the fee is adjusted to the amount of advertising revenue the looters were generating from the abused property,” he says. “Even better, Google can position itself, once again, as teaming up with the little guy: now, the tiniest hardworking blogger, specialized in astronomy or in sociology, can fight unauthorized use of its work — for a small monthly fee.”

For more details on the study see Attributor’s blog.

Kate Nacy is the first EJO Fellow to participate the European Journalism Fellowship program at the Freie Universität Berlin. Kate Nacy works as a journalist, writer and editor. Her work has appeared in news publications as well as in literary and arts journals. She served as the European Journalism Observatory’s English Web Editor from 2008 – 2012.
» Ethics and Quality » Kill them with Kindness