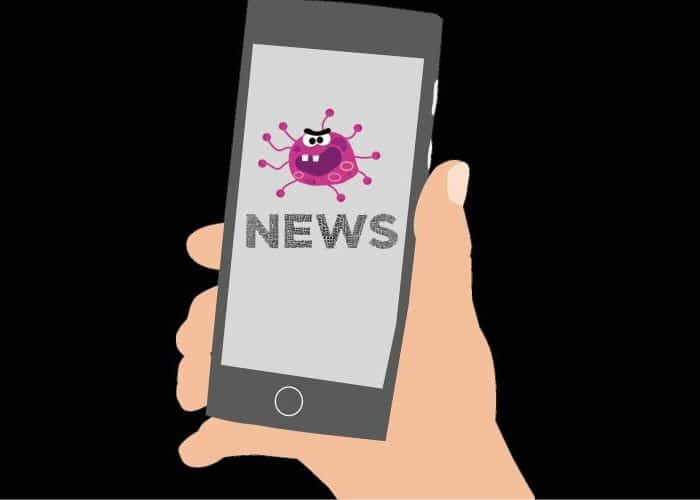 COVID-19, commonly known as the coronavirus, continues to spread across the globe and has infected tens of thousands of people* since it was first reported in the Chinese city of Wuhan in December 2019.

Simultaneously, a global wave of dis/misinformation about the virus has also spread, feeding misconceptions about the virus and sparking fear and panic worldwide. Conspiracy theories over the origins of the virus continue to circulate, especially online, and numerous false claims have been made for cures for the disease.

The proliferation of unreliable sources of information represents a major challenge for journalists and their audiences, but fact-checking outlets have pulled out all the stops in an effort to debunk false information and panic-induced misinformation.

1. How are fact-checkers combating misinformation?

Here is a round-up of the steps taken by global fact-checking platforms to deliver verified and reliable information about the coronavirus:

PolitiFact, a US fact-checking outlet owned by the non-profit Poynter Institute for Media Studies, published many articles debunking much of the false information that circulated online in the weeks after the outbreak came to light. Each article concludes with a list of the sources used by PolitiFact’s journalists as part of the fact-checking process. PolitiFact’s reader’s guide to misinformation about the coronavirus analyses misleading tweets and Facebook posts or hoaxes that went viral on WhatsApp and other messaging platforms. The Washington Post has reported on the use of WhatsApp as a vehicle for coronavirus misinformation and conspiracy theories.

The UK’s independent fact-checking organisation FullFact has produced a special newsletter devoted to news about the coronavirus. Readers can even opt to receive the latest facts via email.

In the wake of Sub-Saharan Africa’s first case, WhatsApp – one of Africa’s most popular messaging platforms – became a key dis/misinformation channel.

AfricaCheck, the continent’s first independent fact-checking website, uses a voice-note audio-show called ‘’What’s crap on WhatsApp?’’ to debunk the hoaxes and hearsay spread mainly via Whatsapp groups. Early in February, a special “What’s crap on WhatsApp?” report looked at the flood of misleading and dangerous information about the coronavirus outbreak in Africa.

AfricaCheck’s Nigeria Editor David Ajikobi told EJO about “Kweli”, a fact-checking chatbot developed to enable subscribers to request content they have received via their mobile phones to be fact-checked. Once it has carried out the check, the chatbot sends the inquirer the verification results via a voice message.

Julie Charpentrat, one of AFP’s fact-checkers, says she and her colleagues have had to verify many rogue warnings masquerading as official warnings about supposedly new cases as well as advice purportedly issued by health authorities. AFP fact-checkers have also come across misleading information on how to avoid contracting the virus. Charpentrat says that many of these fake prevention tips can cause harm and even death.

A number of other fact-checking teams, such as Le Monde’s Les décodeurs, France24’s The Observers, AP’s Fact Check and Snopes, have also been making vigorous efforts to fight back against the deluge of online disinformation.

In January 2020, an army of fact-checking organisations from 30 countries joined forces to verify information circulating about COVID-2019. This collaborative project is coordinated by the International Fact-Checking Network (IFCN), a non-partisan network that encompasses around 80 for-profit and non-profit organisations operating in 40 countries. Fact-checkers involved in this project have created two hashtags on social networks (#CoronaVirusFacts and #DatosCoronaVirus) and are using tools such as Google Docs, Sheets and a Slack channel to share links to false content as well as links to published fact-checks so that journalists can translate and adapt the fact-checks to their own languages and local contexts.

IFCN Associate Director Cristina Tardáguila told EJO that the coordinated project has published over 500 fact-checks and seven reports since its launch. A list of the first six reports can be found at the end of this article by Tardáguila. The IFCN fact-checkers are using ClaimReview, a tagging tool designed by Schema.org to help fact-checks appear prominently in Google searches and to promote their use on social media platforms such as Facebook. IFCN is also urging platforms such as Google, Facebook and Twitter to step up their efforts to combat disinformation about coronavirus by doing more to surface fact-checks.

3. What should journalists do?

Google’s Fact Check Explorer allows users to find recent fact-checking results around the coronavirus topic. An explanation of how the tool works can be found here. More about Google’s efforts to ensure that its users have access to reliable information can be found via its Crisis Response page. Google has also teamed up with the World Health Organisation (WHO) to launch an SOS Alert, which appears at the top of the results page in Google Search when people look for information about the coronavirus.

Verification tools such as reverse image on Google, Baidu or Yandex as well as the Tineye extension for images and the user-friendly video verification tool Invid can be used to check any photos or videos you come across online or receive as user-generated content. Additional tools such as Google Maps, Google Earth and Street View can be very useful when fact-checking locations or landmarks.

Remember that the official information exists somewhere. Although some governments might try to hide the true situation in their countries, the official websites are in most cases a reliable source of information about the virus and its spread in a specific area.

*According to the WHO, by 8 March 2020 there had been 105,586 confirmed cases of coronavirus infection worldwide. The virus has so far claimed more than 3,500 lives.

If you liked this story, you may also be interested in The fact-checking movement grows teeth

Asma Abidi is a freelance journalist from Tunisia. She graduated from the Bonn-Rhein-Sieg University of Applied Sciences and the Deutsche Welle Akademie after completing a Masters degree in international media studies. She teaches workshops on fact-checking and verification as well as on diversity and inclusion in newsrooms. Asma's main interests are new media, investigative journalism, fact-checking and storytelling.
» Ethics and Quality, Recent » Fact-checkers go into battle against coronavirus...